After an epic final session of gaming (about three hours), I’ve finished Below the Root. I’ll admit that I didn’t find it particularly easy towards the end, and I also think that luck played a role in getting me across the line. After finally making my way past (over to be precise) the temple gate, I was confronted with several doors that still required the blasted temple key that had avoided me thus far. Thankfully the inhabitants of Temple Grund started directing me to the top of the tree to find the so-called “lost” key, so that was quickly in my possession. This gave me access to the temple itself, where Raamo’s mother gave me the spirit points I needed to kiniport myself from place to place (previously I’d only been able to kiniport items, but I wasn’t actually aware of that), and also advised me to seek the spirit lamp as it “shines without end”. 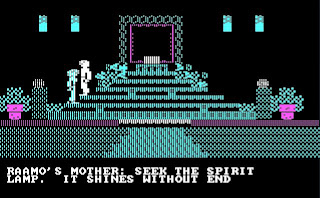 Cool, thanks for the tip! Hey...you haven't seen Raamo around anywhere have you?

This is where things got complicated. I knew that I had to go “below the root” to seek Raamo, but I couldn’t see any way to achieve this. My frustration was exacerbated when I found the Forgotten Chamber that D’ol Falla had directed me to, only to find that I needed yet another key that wasn’t in my possession. I spent quite a bit of time trying to reach various branches, nooks and crannies, hoping to find an area I hadn’t yet explored, without success. In the end I decided to start pensing all the temple grund residents again in hope that I’d simply missed a vital piece of information. This turned out to be my saviour when I was told to “climb at the base of the center trunk”. Having spent very little time on the ground itself, I’d overlooked some rather well hidden steps that started me on my way to finding the key I required. 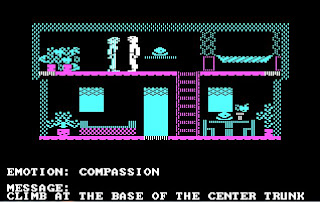 If you weren't blue and computer generated, I'd kiss you! Mind you, that Avatar chick was alright.

It shouldn’t be surprising to anyone that plays adventure games that getting as much information out of every character as possible can be the difference between knowing what to do next and floundering about aimlessly looking for something, anything, to get you back on track. Below the Root is no exception to this, but the completely open-ended playing area, as opposed to the bordered off, closed in sections so often found in modern games, means that you could have been given the clue you needed five days ago by a Green-sky inhabitant six trees away from where you are now, and have no recollection of it when you really need it. Never has writing down every single thing you’re told by every character been more important than it is in Below the Root. Thankfully, I’m extremely meticulous when it comes to this sort of thing, which saved me having to cover previous ground collecting clues too much. 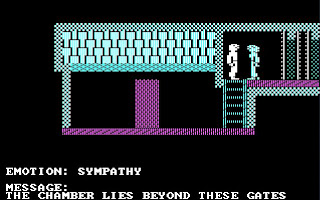 Assuming the Forgotten Chamber would lead me underground somehow, I rested and fed in preparation for whatever lurked down there, and unlocked the doors. Once again my assumption was incorrect, but I did unearth the spirit lamp that Raamo’s mother recommended I find. So, I had enough spirit skill to use all the possible abilities, I had in my possession the spirit lamp from the Forgotten Chamber, and I’d already collected the spirit bell from D’ol Nesham at the top of the Sky Grund, but I still had no idea how to get beneath the surface of Green-sky to find Raamo. Long story short, I spent half an hour or so travelling along the forest floor, looking for a way to teleport myself into an area underground (there isn't one), and entering the numerous buildings on the ground in hope that one of them would reveal something new. As it turned out, what I was looking for was found in the very last building at the very left edge of the map. I’m pretty sure it’s the only house I hadn’t checked out at any stage so far, so I only had myself to blame. 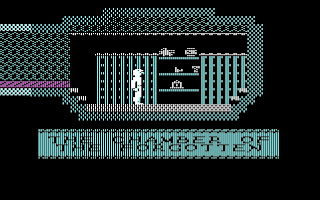 I know I came in here for a reason...now what was it?!

Once I was “below the root”, the game finished rather quickly, which I guess was a bit of an anticlimax given how much effort went into getting there. From what I can tell, this whole section would be much more challenging without the spirit lamp, as without it you would have to keep finding more and more honey lamps or be left in the dark. I made my way pretty easily through the tunnels and found Raamo standing on a ledge, unable to get down and escape the underground. Kiniporting myself next to him and giving him either a vine rope or a shuba completed the quest and the game ended very abruptly. Basically I got a message saying “the quest is over and Green-sky is saved”, before being told that I’d “finished the quest in 10 days” and was therefore a “master quester”. All of a sudden I found myself back at the menu, wondering what exactly Raamo was going to do to reunite the Kindars and Erdlings and whether I would receive any sort of thanks for sacrificing my valuable time. 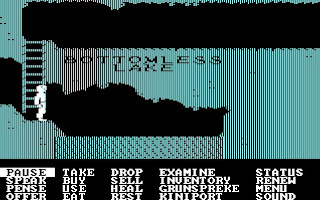 Whoever wrote BOTTOMLESS LAKE on the wall can't possibly have tested that theory.
﻿
Well...that's 1 game down, about 250 to go! I enjoyed Below the Root so much more than first impressions suggested I would. Once I got past the first confusing hour and things started to make sense, I found the clue collecting and platform exploration to be very satisfying. The spirit skills add extra depth to the game in that every time you gain a new one, you can go back to previously visited areas and look at them in a new light. The slight role playing aspects of the game were certainly groundbreaking, as was the almost harmless environment within which the player could explore and concentrate on the mystery without being concerned for their life. Snyder's decision to use the Below the Root video game as the fourth volume of her "trilogy" was also a brave and innovative idea that no doubt pleased any of her fans that had the technology to enjoy it at their disposal. Stay tuned for my very first PISSED rating tomorrow. 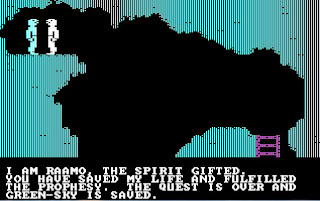 You saved Green-sky from here? Why didn't you just do that before!?
﻿
Posted by The Trickster at 21:22

Email ThisBlogThis!Share to TwitterShare to FacebookShare to Pinterest
Labels: 1984, Below the Root