As with some other games based on science fiction novels, I think we're going to find that Ringworld is an interesting but flawed attempt to bring the deep story of a novel into an interactive adventure game. In some ways, Ringworld is a very traditional adventure game in a style that feels familiar to players who are used to Sierra games. In other ways, it goes off in a unique direction. Let's break that down and see how it turns out.

Generally, Ringworld is very solvable, perhaps too solvable. Most of its puzzles are very straightforward once you have all the pieces. Grab a ladder and place it where you need to climb up. Collect something sharp to cut through a rope. Pick up everything that isn't nailed down. 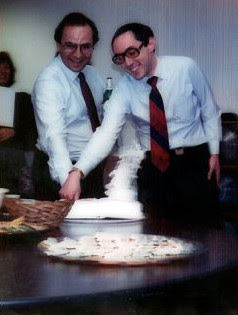 On June 13, 1986, Infocom ended, but our story does not. That is the day that Activision officially acquired Infocom. The team had fun with the event, even hosting a mock (Jewish!) wedding for Activision CEO Jim Levy and Infocom CEO Joel Berez. This was 18 years before same-sex marriage was legal in Massachusetts, otherwise they might have been in trouble! Infocom had made tremendous games, but they were no longer the successful upstart they once were. Depending on your point of view, Activision’s purchase either kept the adventure ball rolling for a few more years or ensured its eventual downfall.

Rather than doing a regular check-in post, I hope you will humor me as we look at Infocom’s situation both immediately before and after the purchase. This analysis will be based on sales data and other information that has leaked out in the three decades since Infocom was a running concern. There will be charts! We’ll also briefly recap 1985 and the beginning of 1986 games before looking towards the future. What happens to our Infocom marathon once Infocom is no longer its own company? Does this mean I need to play Activision’s Murder on the Mississippi (1985) and Portal (1986)? No, but there are still more games in front of us than behind.

If you were expecting a Consulting Detective post today, I am sorry to disappoint. We will continue our exploration of the Pilfered Paintings shortly, but for my birthday I gave myself permission to make charts instead. What could be a better birthday present? I hope you enjoy this brief return to our Infocom Marathon which I hope to resume properly in a few weeks.

As the strange newlyweds looked each other in the eye on that fateful June morning, I like to think that Joel had just two words that he was dying to say to his new beau, two words that would tell his new partner exactly what he meant to him. In my head, that meeting could only have ended one way, “Hello… sailor.” 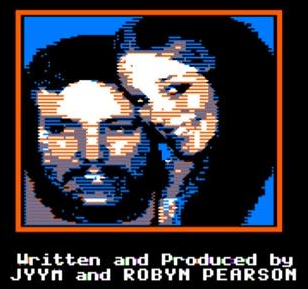 The sixth adventure game in our Med Systems marathon is the last one released in 1981, and it’s a rather famous one. The Institute is also the first game I’ve played before (albeit in the later port for the Commodore 64), and it picks up on the ‘mental illness’ theme we’ve already encountered in Deathmaze 5000, Labyrinth and, especially, Asylum. Jyym Pearson was the third freelance programmer to be published by Med Systems following Arti Haroutunian (Microworld) and Simon Smith (Knossos). Med Systems founder William Denman appears to have put some thought into his company’s portfolio, as Microworld is a nice companion piece to his own The Human Adventure, while Smith’s Knossos picks up on the theme established in Labyrinth, in which the player has to vanquish a mythical minotaur. The Institute is sort of a companion piece to Asylum, so much so that the former seems like a text-only version of the latter at first sight. However, Jyym Pearson was already an established author of text adventures when Med Systems first published one of his games, and he continued to make a name for himself through this fruitful collaboration. As this is as good a place as any to go back and play the four text adventure games that Pearson wrote before teaming up with Med Systems in 1981, I will hereby start a short sub-marathon of the four games that came before The Institute.

It has to be noted that Jyym often didn’t work alone. His wife Robyn Pearson contributed to many of his adventure games and also received some credit for it. Like Alexa Adams, she is not as famous as her male counterpart which likely says a lot about the rules of early video game publicity, maybe even about our society in general. As it’s very difficult to research who did what exactly, I will try to be as accurate as possible in this regard but please bear in mind that I might underestimate the extent of Robyn’s work every once in a while which is, needless to say, completely unintentional.

Apart from his illustrious body of work, Jyym Pearson is a rather elusive personality. He wrote the odd editorial piece for early 1980’s computer magazines but it is rather difficult to find out more about his biography. Sadly, he succumbed to cancer in 1994 so it won’t be possible to conduct an interview with him, and moreover, Robyn Pearson appears to be such an widespread name that it proved impossible to find out what Jyym’s widow might be up to these days. All that I can gather is that Jyym apparently was an avid computer collector and a loving family father, but other than that we’ll have to let him speak through his works.

Jyym Pearson first entered the scene in 1980 with a text-based space simulation game called Zossed in Space which had a small but loyal fanbase. In 1981, he wrote his first text adventure (The) Curse of Crowley Manor which was highly innovative being an early detective game steeped in occultist lore. It was released as one of Adventure International’s OtherVentures – a gig that Jyym was subsequently subscribed to, it seems. His next game, Escape from Traam, was also released – as OtherVenture #3 – in 1981, and Earthquake San Francisco 1906 followed the same year, labelled as #4. The Pearsons’ final game for Adventure Internationale, Saigon: The Final Days, was also released in 1981 and became famous for immersing the player in a relatively contemporary story: the retreat of the Americans from Vietnam in 1975. The Pearsons’ other four adventure games were published by Med Systems over the following years, starting with The Institute in 1981. They appear to have been very creative and prolific writers, never adhering to the most conventional adventure game tropes but always eager to stretch the limits of the still-juvenile form.

As an homage to these highly interesting writer personalities, I shall blog through the four 1981 Pearson games before continuing the actual Med Systems marathon with The Institute. I had considered doing all of the OtherVentures in the process but the first one is just a port of the Crowther & Woods Adventure called Classic Adventure, and Lance Micklus’s 1979 classic Dog Star Adventure was only labelled as an OtherVenture in a later re-release. I hope that you will enjoy this little detour but I’m very optimistic that the good reputation of these games is highly justified and that the Pearsons’s work should have a place on this blog dedicated to adventure game history.

Quinn’s Journal #4: "Telepath helmets are apparently a bad idea. Good thing I had that neural wave blocker we found. All’s well that ends well, except we still haven’t found Louis Wu and Chmeee. But the Patriarch is neutralized and that’s a good day’s work. I just had to nearly die to do it."

Email ThisBlogThis!Share to TwitterShare to FacebookShare to Pinterest
Labels: 1992, Reiko, Ringworld: Revenge of the Patriarch

Consulting Detective Vol. II - The Lions, the Pick, and the Redhead In the words of the world’s greatest detective, “Wowsers!” We have a case with two dead actual lions and one dead guy named “Lions”. It may be contrived, but thus far it’s been a challenging case even if I don’t see how all of the clues fit together. Let’s start this week with a recap before I interview a few more people.

Our dramatis personae:
That’s enough of a refresher. We also spoke to a number of others, including the pair of prostitutes that Mr. Lions was looking forward to hanging out with, but I believe the above are the key people to watch out for. It’s time for the thrilling conclusion to “The Two Three Lions”! 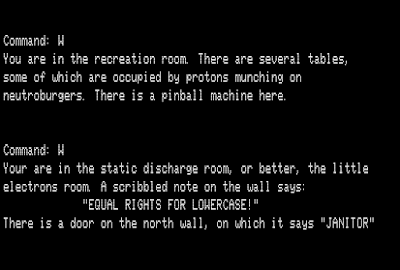 My actual playthrough of Microworld takes me about 7 hours and a fair amount of head-scratching. I’ll start from the beginning in this post as I haven’t covered much ground in the first hour of gameplay. Apologies for any repetitions there might be in the first two or three paragraphs.

Quinn’s Journal #3: "We’re making good progress on collecting these stasis boxes. Hindmost keeps demanding answers we don’t have or don’t want to give. We’d do better if he’d just leave us alone to do what he sent us here for. At least Seeker hasn’t been putting himself in danger so much."

Email ThisBlogThis!Share to TwitterShare to FacebookShare to Pinterest
Labels: 1992, Reiko, Ringworld: Revenge of the Patriarch 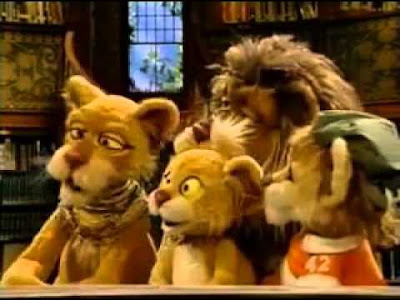 Welcome back! I hope you got your score guesses in because it is time to dive into the first case. Just as in the previous game, we have three cases to choose from; while we can play them in any order, I’m going to take them sequentially as I expect the authors intended. While I have nothing to show for it yet, I have reached out to some of the team responsible for this game to answer some lingering questions that I have, and possibly even to get an interview. We’ll be playing for roughly seven more weeks and I’d like to try to see what we can learn before the end. We shall see!

The first case is “The Two Lions”. The original tabletop game featured this as the third case, called “The Lionized Lions”, but beyond the similar title I have not looked to see if there are any differences as I am avoiding spoilers. Unlike many of the previous cases, there is only a cursory introductory movie: just a single still image of a note on our door, telling us that something will interest us in the day’s Times. Who put the note on our door? What might we find to be of interest? How will we get paid for a case of “ding dong dash”? I guess that is what we need to discover.

Only two games to go before the end of 1992! We continue with the tradition of letting our readers choose, what is the best game of the year.