The Legacy - A Dangerous Meeting

After escaping the basement, it was clear that I needed to lighten my travelling load. I need some place to put all these magical artifacts and doodads. Unless this M16 "clip" is a cruel trick, there's probably an M16 lying around, and if I'm lucky, maybe a M60 or M67. Regardless, I needed to drag up some of the items from the basement. Unfortunately, this means going back in the basement. Whether or not I'll need to put it lower down is irrelevant, the ground floor is now effectively safe. Fortunately, I have more options now than I did before. I enter from the south, picking clean anything that looks useful.

Clearing out anything useful, I take my approach through the southeast, the darkened hallway from earlier. A doorway, wedged innocently enough just outside that hallway, contains another gargoyle and another fusebox. I so hope it isn't going to go out. Especially since the doorway isn't that far from where I ended up dragging the other gargoyle, on the eastern VHS-shaped hallway. Now, that note...

Freddy Pharkas, Frontier Pharmacist: How Freddy Got His Groove (and Ear) Back 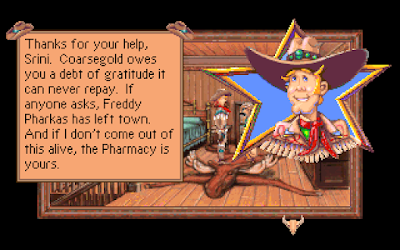 This was a tough session, I’m not going to lie. It was hindered by the fact that play time is severely limited lately, and while I’m having fun with this game, I think this is a good time to discuss its puzzle design, and puzzle design in adventure games generally.

There are a few broad categories I thought about that I can put adventure games that I have played into, give their general characteristics, and cite examples of games that fall into each category. I fully expect many of you to disagree with my taxonomy, but that’s what makes the Internet interesting, right?

That, and the personal insults over any difference of opinion.

Now, obviously there are hybrids here, and plot-driven games can work, but I find that FPFP doesn’t do the best job of this, at least not to my tastes. I don’t feel all that great a sense of accomplishment or discovery when the way to solve puzzles is just revisiting each screen of the relatively small game world upon the start of each chapter, talking to everyone and clicking every inventory item on everyone and everything, and picking up the items that I just so happen to need when they magically appear for the sake of pure expediency. There is limited creativity needed on the part of the player, and most solutions can be brute-forced.

Yes, “clicking every object on everything” is a cliché about adventure games, and a cliché for a reason, but I never felt like this, say, playing Space Quest V or The Curse of Monkey Island or any of the Quest for Glory games. I feel it all the time in Freddy Pharkas.

With that background, let’s go through Chapter Three.
Read more »
Posted by TBD at 23:00 11 comments:

Missed Classic: Asylum II – Got Behind the Mule! (WON! and Final Rating) Eight more hours in the asylum, and I’m done. And done. What a slog! First of all, apologies for the five-month gap between the third and fourth Asylum II posts. You can probably guess the reason for it as it’s currently affecting the whole world. I went through some tough and exhausting times, too, although I’m grateful to have remained healthy (so far), and none of my loved ones have suffered from the Corona virus too much. Work life, however, became very different following the initial lockdown, so there has been zero time for fun and games in a very long while.

With such a long gap, a short recap seems inevitable: To wit, I had five unsolved puzzles and not a clue. My goal was to find (and vanquish) the elusive “master mystic” in order to escape the titular asylum. The five puzzles were: (a) a programmer with the same name as the actual programmer of Asylum II, William Denman; (b) a terrorist who wouldn’t let me use his vending machine; (c) an electric catapult that I couldn’t figure out; (d) Emmett/Emmit the fix-it man who was very unhelpful for a fixer, and (e) McCoy (of Star Trek fame) who kicked me out of his room every single time.

Vetinari helpfully provided some clues in Rot13 (again thank you very much!) but I decide to give it another try without resorting to them just yet, so I go through every room again to get back into the game. And man, I had forgotten how tedious it is to move around those mazes!

After a short while, I don’t know anymore what’s what, and even worse: due to the inventory limit I had picked several places where I could store my stash. However, it’s been months, and I don’t find any of them anymore. Should have marked them on my map.
Read more »
Posted by Ilmari Jauhiainen at 23:00 6 comments:

With the mausoleum protected by someone with more shotgun shells than brain cells and the "1st floor" presumably flooded with spirits who likely hate my guts...that leaves the basement. Seeing as my supply of food consists of a vague meal contained inside a tin foil pouch, possibly spoiled, it seems the wise choice.

Unfortunately, Roberts of Boston failed to drop a letter mentioning these things. They look a bit like gargoyles, so that's what I'll call them for now, never mind that gargoyles are winged fellows. I'll probably need some kind of sledgehammer or explosive device to deal with these things. The poker doesn't do a lot of damage and one J. Olson meets the sweet embrace of death once again. But death is fairly cheap.

Read more »
Posted by Ilmari Jauhiainen at 23:00 No comments:

I have to wonder what possesses someone to make a horror game, go to all the trouble of building a macabre atmosphere and enemies capable of killing the player quite quickly...then have the death sequence just be the player as a skeleton. No transition, no nothing, the player model is normal one frame and a skeleton the next. But I'm getting ahead of myself...

Clearing up where I left off, I obtained three more items, a poker, another speedloader of small calibre ammunition and a spell, Agatha's Iron Fist. Which by the description, leads me to think it increases melee damage. The spell was inside a hidden room was very obvious because the map freaking told me. Its too confusing for the zombie to understand, so instead he's shuffling back and forth in front of the secret wall.

As you can probably guess, Voltgloss was unable to play this game. The rumors of his grotesque demise at the hands of the undead or outer gods are greatly exaggerated. I'm sure Nyarlathotep gave him a quick smile and sent him on his way. No, he managed to escape the mansion, don't worry about that. In his stead I shall be handling the exorcising of whatever infests this mansion. I have a good deal of experience with spooky mansions, and indeed a little here. So forgive me if the first floor or so is handled stupidly, I don't want to come off like the scrub I am when I remember something. 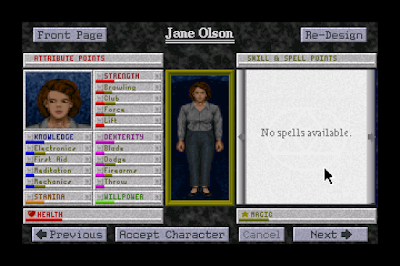 As you all voted, I shall be picking one J. Olson, a very, very subtle reference on the team's part. If you get it, well, hopefully you'll get some of the jokes I'm going to be making. To recap, she's a journalist, and she plans on uncovering the secrets of the mansion. As an investigative journalist, she's well balanced. I suspect her usual skillset will not be very useful in a haunted mansion. But it seems she's dodged her fair share of bodyguards, so that's a plus. 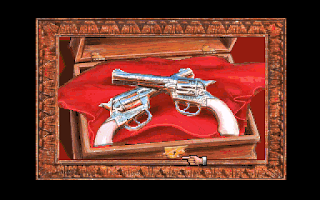 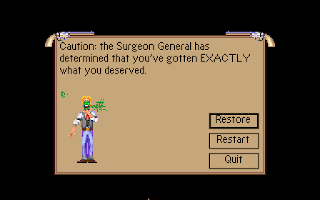 I wish I was kidding. I’m not.

I also wish I didn’t decide to click the horse poop on Freddy. But I did. Make of this what you will.

Lost Secret of the Rainforest - Concerned

Adam’s Journal #3: "I got to meet Forest Heart! But it’s so sad, she’s a huge tree, but she’s dying! And I have to find her sprout so the village will still be protected when she’s gone. She had one, but it didn’t survive, so there has to be another one somewhere. Maybe the villagers can help me?"

Last time, I finally found the Forest Heart and received the main quest to find a sprout of hers to replace her when she's gone. She gave Adam a special branch, some seed pods, and a bark cup, which should be useful for making progress in the village. So I head back along the path.

To my surprise, I find the village occupied again when I get back. Where was everyone before? Several groups of people sit busily doing things around the big hut. A potter worriedly tends her crying baby. An older man with a painted face talks with a younger one. A storyteller tells a story to some children. A couple more people lie in hammocks, resting.