As we approached our 100th Missed Classic, we had a tremendous challenge. What game could possibly be interesting enough or “classic” enough to warrant the 100th spot? With so many games played, most of the obvious candidates were completed long ago. We’ve played the first adventures, early games from later designers, and best sellers. Our 100th game needed to be more than that. We wanted to find a game that didn’t just look back on the history of our genre, but would look forward to the next iteration.

In the near future, we will be looking at Myst (1993). At arguably more than 7 million copies sold, Myst is certainly the best-selling adventure game of all time. Games like Myst and The 7th Guest (also 1993) will lead to major changes in adventure gaming, and some will claim the death of the genre. We’ll get to those topics in time, but before we can look ahead to Myst, we need to look back at its less well-known but hardly less amazing predecessor: The Manhole. As much an interactive experience as an adventure game, The Manhole stripped our genre to its most minimalist components. It doesn’t put icons or verbs between the player and the action, nor does it have a plot or real puzzles. The Manhole opens into an immersive world of whimsy and heart. The story of The Manhole is the story of two brothers, Rand and Robyn Miller, and an exciting new programming system for the Macintosh called “HyperCard”. They changed adventure gaming forever.

Putt-Putt Goes to the Moon - We Have Liftoff

Email ThisBlogThis!Share to TwitterShare to FacebookShare to Pinterest
Labels: 1993, Ilmari, Putt-Putt Goes to the Moon

Welcome to The Adventurers Guild! 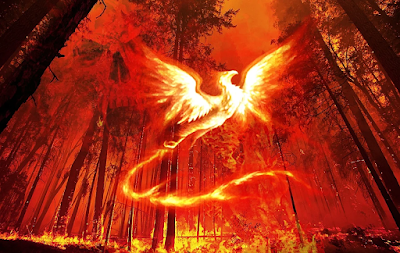 Ten years ago, “The Adventure Gamer” was born. TAG began as one man’s quest to play the history of notable graphical adventures, in order. Our initial host, Trickster, played and reviewed dozens of adventure games and chronicled the formative years of Sierra On-Line and LucasArts, among others.

Seven years ago today, everything changed: Trickster’s quest came to an end. Instead of shutting down the site, Trickster handed off the reins of his project to the fans that supported him on his journey. No longer were we just a singular “The Adventure Gamer”, our family grew into a cadre of player reviewers to cover not only the games that Trickster didn’t make it to, but other games that he skipped from across the early history of our genre. We didn’t only keep the site that we love alive, we helped it to thrive. In those seven years, we’ve far exceeded the 45 original games on the site: we completed 74 main-line games and 99 “Missed Classics”. (Look for our special 100th Missed Classic later this week!) We’ve built a great community and continued to show our love for an important genre and era of retro gaming.

To honor this transformation and to celebrate our anniversary, the TAG team would like to present to you the next chapter of our adventure:

What does this change mean? It means we have a new name and a new identity, putting front-and-center that we are playing and reviewing games as a team. We’ll still play the same adventure games, in the same order. We’ll continue to have our community of reviewers and perhaps grow that community over time. We’ll still have the PISSED ratings and CAPs, and we’ll even keep our abbreviation “TAG”. (That was especially important!) All that changed was our name, our logo, and our emphasis. Our name change will also ensure that we are no longer confused for our friends at “Adventure Gamers”.

Thank you to all of the writers and commenters that have made the last seven years possible.

Email ThisBlogThis!Share to TwitterShare to FacebookShare to Pinterest
Labels: Anniversary, The TAG Team

By Ilmari
Read more »
Posted by Ilmari Jauhiainen at 23:00 21 comments:

Email ThisBlogThis!Share to TwitterShare to FacebookShare to Pinterest
Labels: 1993, Ilmari, Introduction, Putt-Putt Goes to the Moon 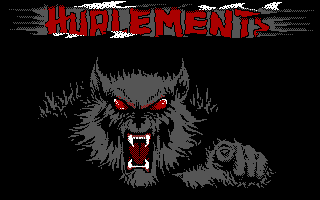 Ah, Halloween, my second favorite time of the year. The temperature is just right after months of boiling hot weather, the trees are multi-colored spectacles, and there's a convenient excuse to watch films centered around skinny-dipping camp counselors getting murdered in horrible ways. I guess you only get one of those if you live in the southern hemisphere, but you're probably used to smug northerners talk about their weather anyway. Whether it's hot or cold, it's time to talk about horror video games.

Last...December, I played Zombi, an unlicensed adaptation of Dawn of the Dead, published by Ubi Soft. That was, oh, what's the word I'm looking for? Awful, but with potential. Dawn of the Dead is an interesting film from a sequel perspective. There's Day of the Dead, which is questionable, and I don't know how you'd make a good video game out of it. There are earlier scripts which are different than the finished product, but I don't know if they were available back then, but they could make good adventure games. There are a million films that are sequels to Dawn simply because some distributor owned both films. In short, there's a lot of places you could go. You could even make Emanuelle Meets the Living Dead, which isn't as insane as it sounds.