A few years back, I planned a short marathon of 14 Infocom games directly or indirectly associated with the Zork franchise. Instead, I went a bit crazy and ended up playing all of the games, learning Cornerstone, and I’m this close to getting a Frobozz Magic Tattoo. It’s probably not healthy. Instead of this being our tenth game, it’s our twenty-eighth and we have a lot more to go. In the original marathon, Planetfall and Stationfall were connected to Zork thanks to grues, and a passing reference that they had been picked up from a backwater planet somewhere in the galaxy. It was a small hook, but expanding my goal to play all of Infocom made the point moot. July of 1987 gave us Infocom’s first double release with both Stationfall and The Lurking Horror making their debuts. Internal production data reveals that Stationfall was completed first, so it will be the first one that I play.

To recap: 1987 had not been a great year for Infocom. The deal with Activision had concluded, Cornerstone had failed, and sales of text adventures were slowing down. Hollywood Hijinx bombed with only 12,000 copies sold. Bureaucracy failed to capitalize on its A-list “author”, Douglas Adams, and shipped only 28,000 copies. In order to offset the sales loss, Infocom was forced to produce twice as many games as before. Making games was difficult, but making twice as many games with the same team seemed impossible. Fortunately, Infocom still had a developer or two with recent hits: Steve Meretzky (with Leather Goddesses and Hitchhiker's Guide) and Brian Morarity (with Wishbringer). While these two would reach back to produce easily marketed sequels, other implementers sought fresh ideas. We’ll get to those sequels and fresh ideas before long, but for now let’s just focus on Stationfall.

By Ilmari
You know my dislike of anthropomorphic cars. Despite this, I’ve grown to tolerate Putt-Putt and his card friends. And although Putt-Putt games are simple, they still have an undeniable charm. We’ll see how far that goes with PISSED rating.

It’s hard not to repeat oneself, when you are reviewing games that use the same formula. Just like with the first game, I could note that the puzzles are a bit on the obvious side, although that’s just to be expected, when you remember the intended audience. The puzzles in the second game are perhaps a bit more innovative than in the first game - at least I didn’t have to repeatedly go through a boring minigame.
Score: 3.
Read more »
Posted by Ilmari Jauhiainen at 00:00 3 comments:

Dracula has been portrayed by a wide variety of actors, but the best known are Bela Lugosi and Christopher Lee. While Frankenstein is associated with Dracula thanks to Universal making films on both in the 1930s, did you know that both Lugosi and Lee have played Frankenstein's monster? Lee appears as the monster in the first Hammer Horror Frankenstein film, Curse of Frankenstein. Lugosi's is a touch more obscure, being Frankenstein Meets the Wolfman. It wasn't even Lugosi's first appearance in a Frankenstein film, as he originally appeared as Ygor, a blacksmith who was the victim of a botched hanging.

Speaking of Hammer Horror, I didn't realize it at the time of the first entry, but this general story matches up with Horror of Dracula's opening with Jonathan Harker, who goes into Castle Dracula to kill him...for reasons. Though in that case Dracula didn't know that Harker was trying to kill him at first. In that film Harker is distracted by a woman in a low cut dress, and instead of killing him, kills the woman.

Putt-Putt Goes to the Moon - Won!

Last time, Putt-Putt had got stranded on the Moon and found out he could buy a rocket with ten moon crystals. Also, he had to find a nose cone, key, steering wheel and some rocket fuel to make it go. Let’s start searching them!

Email ThisBlogThis!Share to TwitterShare to FacebookShare to Pinterest
Labels: 1993, Ilmari, Putt-Putt Goes to the Moon

Written by Morpheus von Kitami, Earl of The Adventure Guild 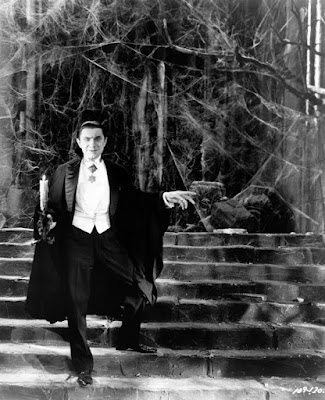 It's surprising to think that in all this time, no one's ever covered a game on Dracula here. Oh, there have been games with Dracula, like King's Quest II...and...uh...Elvira 2 maybe? Never beat the original, so I haven't played that. One could say there is a dirth of classic film monsters, but Dracula, unlike everyone else is a highly visible figure, with a multitude of famous actors who depicted Romania's most famous fictional son. Depictions range from kitsch to creepy to "romantic". He drinks blood, he refuses to cross running water, and he doesn't die in the sunlight. In addition to the novel by Bram Stoker, he's been in plays, music, film, TV, comics, manga, anime, dreams and of course, video games. What better place to start than the first title known to feature Transylvania's most famous son? And possibly the first adventure game centered around horror.

The Count is the fifth title from legendary American text adventure author Scott Adams. Released on every platform viable in 1979, and a few afterward. Including a C64 and a BBC Micro version. What can I say of Adams that hasn't already been said here? Apparently, everything, because the only games previously covered actually by Adams were the Questprobe series...which I thought were Infocom. I also thought he was British...so...anyway. He's the earliest person, at least successful person, to make original adventure games for home computers. Appearing on all the early American home computers, he managed to secure enough success in his efforts to publish other titles, like the ones made by the Pearsons.