Hector’s Journal #3: "I've been a Senator for 15 minutes and I've already been given the opportunity to become a Consul, a position of power second only to the Emperor himself. So how do I get the populace to vote for me? Sensible and affordable policies? Tax breaks for low income families? Screw all that. I figure the most effective way of getting this promotion is by bribing as many citizens as I can! It's times like these I'm wondering if I should have spent more time earlier in the game stealing money..."

I hate Rome! Each chapter of the game has involved me restarting it over and over again until I get it right. And these sections have gotten progressively harder. To top it all off, while each section is a self-contained level, the amount of gold I have is carried over, so when I've only just passed an earlier section with minimal extra funds, I make each subsequent section harder. Can I make it too hard to finish? I certainly hope not. I actually enjoy the repetition the first few times I have to restart, as I see different things, but after a few goes I see nothing new and just have to plod through hoping the luck of the dice turn my way. I thought the reloading of saved games was tedious in the previous chapter, but this chapter leaves Britain for dead in the 'you failed - start again' stakes. Sigh. Oh well, Let's continue playing and see how I go.

When last we looked in on Hector the slave owner, invader and pillager, he'd just been made a Senator by leading an army into killing a lot of Britons. Being a responsible slave owner, I enquire about Barbarus' health.

We should really make a list of the seven cardinal sins of adventure game design someday (even if the list would probably be closer to seventy) but I’m pretty sure two sins would make the list pretty easily.
What is interesting is that these two problems are directly related to the interface of the game. While the former is bound to happen again and again with the interface getting simpler with every game (for example I want to climb on a stool but my character ends up pushing it), the latter is bound to disappear for exactly the same reason. In ye olde text adventures you have to discover exactly the way the developer wants you to interact with the game, but with a one-click interface, you don’t have to figure out the logic, you just have to click on the item and see what happens.

What’s really great with Curse of Enchantia is that you have these two sins combined, which is something of a rarity. Add the fact maybe that “having only one music track for a ten-hour long game” might be one of the sins and you’re in for an unforgettable experience.

"I have decided to be a poet. My father said that there isn’t a suitable career structure for poets and no pensions and other boring things, but I am quite decided. He tried to interest me in becoming a computer operator, but I said, ‘I need to put my soul into my work and it is well known that computers haven’t got a soul’. My father said,’ The Americans are working on it’. But I can’t wait that long."

"My mother has found a job. She collects money from Space Invader machines. She started today in response to an urgent phone call from the job agency that she is registered with. She said that the fullest machines are those in unrespectable cafes and university common rooms. I think my mother is betraying her principles. She is pandering to an obsession of weak minds." 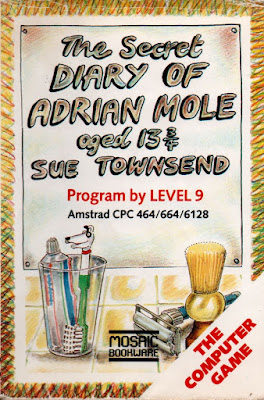 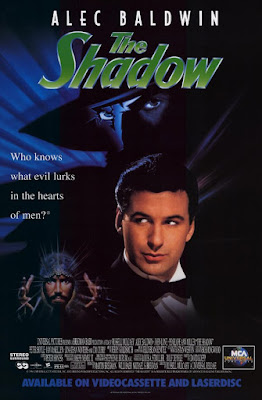 Spellbreaker started as a chase, then it became a hunt for macguffin cubes, now we are finally closing out through some of the most devious puzzles every created for adventure games. We’ve just about reached the end the last original “Zork” game. This has been a game that I have in turn loved and hated. It’s the longest Infocom game so far. Despite my previous misgivings, I am enjoying it more as it cruises to the finale.

Last week, I continued my quest for cubes. I found one deep in the sea, discovered when I transformed myself into a clone of a particularly annoying fish. I found a second after racing a roc to its nest, and a third after helping a green-eyed boulder play a game of bumper cars with her brown-eyed friend. This game likely makes no sense to anyone not actively playing it, but there have been a few great puzzles recently. With that cube retrieved, I can teleport point to a new cube room: Dark. That has two exits, but as usual only one that I can pass through. I descend into a strange dark cave-- let’s go find some grues!


Hello folks, glad to see you back here! Last week in this fantastic adventure game, we finally exited the long cave network and saw the light of day for the first time since… wow, actually it’s the first time we have an exterior location in the whole game. Enjoy the sunlight, it might not last…

Hector’s Journal #2: "You've heard the story before. The slave who became a general... or was it the other way around? Either way, I keep improving my station through means having nothing to do with my skills. Let's see if I can keep this going – if I do, I could even be Emperor one day!"

When last we looked in on Hector the slave owner, he'd failed multiple times at having his slave win a gladiatorial battle. So without having any better ideas, I kept trying...

Reloading after not having played the game for a few days, I'd forgotten I'd saved the game after already owning a slave so accidentally bought a different slave.

Let's take a look at my inventory...


Well, I've now got two slaves and 25 sesterces. I still owe the moneylender 60 sesterces and need some amount more than 40 to bribe my way into the Palace. So let's see if we can win a fight at the arena now. Maybe Billius and Barbarus can be the first ever tag-team. 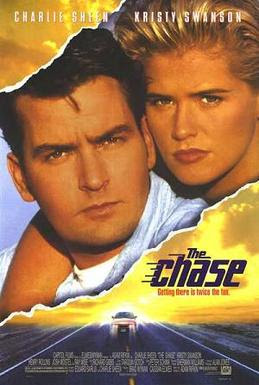 You’ve heard the classic story: boy meets girl, girl meets boy, boy and girl happen to be levitating rocks on a Tron-esque grid? It’s classic. If I have to say one thing about Spellbreaker, it is not afraid to have interesting and difficult puzzles. And despite the number of times that I have been stuck in this game, I’ve nearly always managed to get myself unstuck by looking at the problem in a different way. As we approach the end of the game, the overall picture is coming into focus. Connections are forming between the areas that the cubes take us, but I wish I did not have to spend the first half of the game feeling like I was playing a text-adventure version of Quantum Leap. Oh boy…

One other thing: this game is long. I’m ending this post at just over 18 hours in, making it the longest Infocom game by far and that does not include any of my time replaying from scratch last entry. The only longer game in this marathon is mainframe Zork which clocked in at roughly double where I am now. No actual Infocom release has taken me more than twelve hours to win. If they had planned to make this the “grand finale” of Zork, I think they succeeded under that metric at least.

Curse of Enchantia - Cave Story Minus

Last week we left our dashing protagonist, Brad, alone in a damp cave with only a paperclip to his name. Now is the time to explore a fantastic cave network with I imagine what can only be a deliciously clever suite of interconnected puzzles…

And so, after almost two months, we continue our playthrough of Rome: Pathway to Power.

It's been a while, so if you want to catch up you can read Reiko's Introduction (here) and first post (here).

For a quick summary, here's what happened so far.


Hector, a slave living in the shadow of Mount Vesuvius, and the character we play, was sent by his master to give a letter to Fellonius the Consul.

After asking a local plumber for directions, Hector finds Fellonius.