I am more ambivalent about Lost Secrets of the Rainforest than any other game I've written about on the blog here. Most of the games I asked to write about were ones that I knew something about before I started, and this one is no exception, since it is the sequel to the cheerful Ecoquest. You might think that making a sequel would be easier, since some ideas or characters or settings get carried over from the original game. Yet I find that a sequel nearly always struggles to live up to the bar set by its original. What carries over tends to constrain the sequel rather than letting it be its own thing.

I could expand that into a thesis with examples, but we're here to look at Lost Secrets, so I'll focus on why translating Ecoquest into a rainforest setting didn't result in a similarly charming experience as the original underwater game. I wanted to like it, and some things I did like, but others I didn't.

Most of the puzzles were reasonably straightforward; like Ecoquest, the story is pitched around middle-school age, so nothing is deliberately tricky, and there are no dead ends as far as I know. However, I really struggled with several puzzles that felt arbitrary. There was nothing in the first game that was tightly timed, so the sequence in the camp where the goon would catch you if you were in the wrong place too long was rather jarring. I spent the most time on that sequence, having to restart over and over to test where I could go and when in order to get things done. It was tedious at best.
Read more »
Posted by Ilmari Jauhiainen at 05:50 4 comments:

Our community of adventure game aficionados has received a new member. Let us all give a warm welcome to Sabrine LaFey!

Welcome back to Space Quest V where Roger Wilco is just getting started down his road to Star Trek-style heroism. The previous post closed out the game’s introductory movie where Roger fantasized that he was the captain of a starship exploring the galaxy, only to be revealed as nothing more than a simulator. Star Trek geeks might wonder if this is the Space Quest version of the “Kobayashi Maru”, the test that all young cadets must go on to learn if they have the capacity to lose in a no-win situation. Roger doesn’t need that kind of training; he’s perfectly good at being a loser even in winnable situations!

I hope you placed your score bets. I am excited to get into this game, if for no other reason than to find out if it can match up to the previous games in the series despite having only a single “Guy From Andromeda”. Will the new blood help or hinder creativity? There is only one way to find out.

Eric the Unready - The Gods Must be Crazy 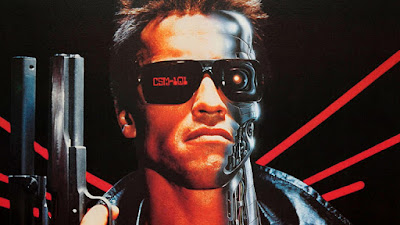