I've started playing around with Captain Blood to make sure I can play the game. I'd hate to waste my time doing an introduction post, only to find out the game is unplayable. It sure looks like a complicated beast to play, but I'm also likely to face some technical challenges.

I notice on a few sites out there that people are playing Captain Blood on the PC in EGA rather than CGA. Can anyone explain how they're achieving that? Even if I select EGA in DBGL, I still only get CGA. Any suggestions for other things I can try? Points given for any helpful advice. 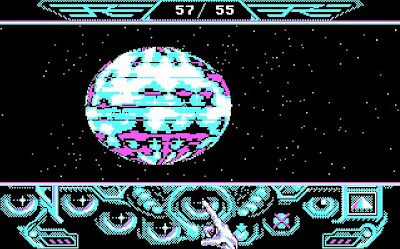 This is how it looks for me. 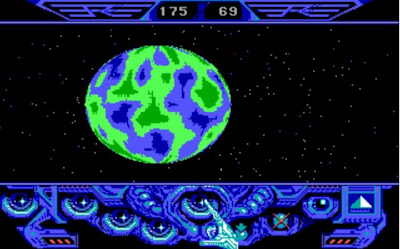 This is how it looks on Moby Games.

EDIT: I've now looked into this further and have found that there are numerous versions of Captain Blood available for download. From what I can tell, the majority of these versions don't have EGA as an option. Unfortunately, the one I've found that does is the only one that I can't get to work. It freezes as soon as I press enter on the setup screen. 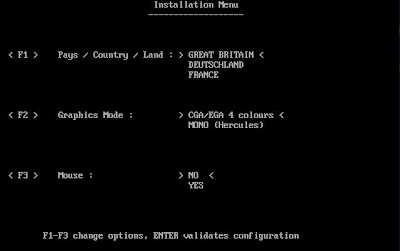 Here's the setup screen for the one I can play. Notice there's no EGA option available. 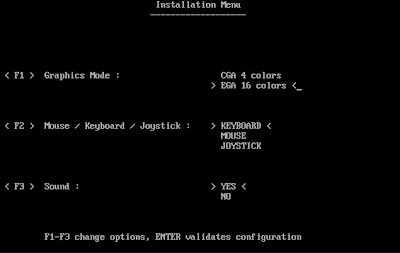 Here's the setup screen for the one that freezes. Notice there is an EGA option.

I'm going to keep playing around but any info would be much appreciated.

EDIT: I've got it working! Never have I spent so much time trying to get a game to run properly. Having this blog really drives me beyond my normal patience thresholds. I hope the game is worth it!

For anyone wanting to play Captain Blood on the PC in EGA, here is what you need to do. The game will only run off a real floppy image, so you need to use a bootable floppy. I found the answer in the Vogons forum so can't take the credit, but here's the instructions.

1) Find a bootable DOS floppy image from wherever. (MS-DOS, FreeDOS, Win9x rescue, it doesn't matter, as long as it's a .img floppy image.)
2) Download DiskExplorer from http://hp.vector.co.jp/authors/VA013937...dex_e.html and open the .img floppy image.
3) If there's not enough free space on your bootable floppy image, delete stuff until there's enough space. (Generally you can delete everything except for command.com and the .sys files, other than config.sys.)
4) Go to File->Import . Find the folder containing all the files from Captain Blood, select all the files, and click Open.
5) Close DiskExplorer and open DOSBox. Type "boot [whatever the path is to your .img file]".
6) Type "BLOOD" and the game should start.

The EGA version of the game can be found here:
http://www.xtcabandonware.com/index.php?id=201 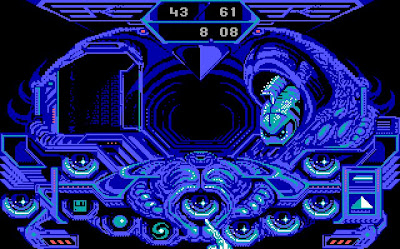 This is how mine looks now! The game looks complicated as hell though, so I might regret the effort.
Posted by The Trickster at 11:22