Another week flies by and another poll reaches its conclusion. Last week’s question was “Which of the following (if any) do you think is the best genre series on TV right now?” and while it appears a fair percentage of you don’t watch any of the series I selected, there was a very clear winner in the end. 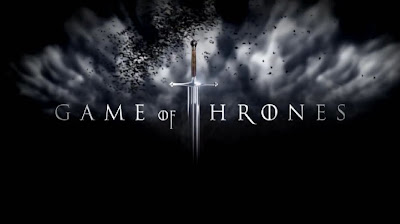 I’m very pleased to see that a lot of you agree that Game of Thrones is awesome. I think HBO have done an amazing job of bringing George Martin’s complex world to the screen and really hope they see it all the way to its conclusion (which George hasn’t even written yet mind you). My other personal favourite from the list is The Walking Dead, but I can understand how that might not be to everyone's tastes. You're either a zombie fan or you're not! The most striking thing for me in the results is how well Doctor Who did, so I’ve made a commitment to myself to give that show a proper go, despite my reservations.

This week’s question is a simple one. How did you first come across The Adventure Gamer blog? I wonder just how many of you came across from The CRPG Addict?
Posted by The Trickster at 11:33