Last week’s poll really split opinion and once again didn’t end up at all the way I expected it to. It just goes to show that you should never assume you know how people think and feel, especially when you’ve never physically met any of them (something the Internet brings about very regularly). The question was “which movie series would you like to see made into an adventure game?” and the results, in ranked order, are below:

I kind of assumed that it would be a battle between Star Wars and Lord of the Rings, and while they were both very much in the running, it was Harry Potter that took the title. My first thought was that perhaps the readers of The Adventure Gamer are younger than I thought, but after realising that’s not really relevant (I’m a fan of the series after all and I’m 34), I came to the conclusion that the Harry Potter series would actually lend itself to the adventure genre extremely well indeed. It has its fair share of action, but the majority of the storyline is driven along by mystery, which the heroes work through using logic and investigatory techniques rather than brute force or physical prowess. I can very easily imagine a Day of the Tentacle style game where the player needs to use all three characters’ talents to progress. The world that J.K. Rowling created would give a developer endless gadgets, spells, characters and lore to pull from too! 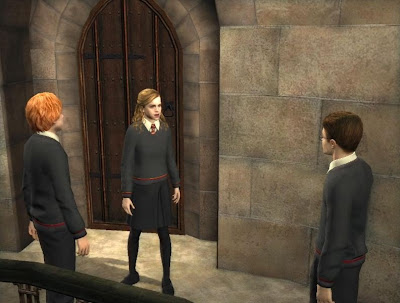 Interestingly, a lot of the Harry Potter games look like adventures but are labelled action. Has anyone played one?

What was even more surprising though was Planet of the Apes coming in second. It was the last series I added to the list and I wondered whether anyone would choose it, but eight people clearly think it could work. As for me, well I’m just a sucker for anything Lord of the Rings related, and I’d love the chance to play an adventure game in Middle Earth, even if it was just to experience the environments and characters brought to life in that format. One can dream! 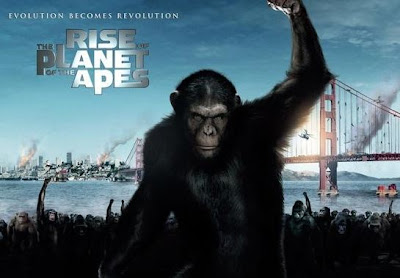 If you haven't seen Rise of the Planet of the Apes yet, I highly recommend it!

This week’s question is less fun I’m afraid, but it’s something I wanted to ask you all to make sure I’ve got a good feel for what you want The Adventure Gamer to be like into the future. I started thinking about it after my Shadowgate – Demon of the Fall post, which was very long and detailed. I pretty much described everything that happened during my ninety minute session along with all the thought processes I went through on the way. This is in stark contrast to how my early posts were which didn’t go into much detail at all, and were much more focussed on game mechanics than puzzles and story. So...what do you guys enjoy? Long and detailed, short and to the point, or somewhere in between? I’d love to hear any feedback anyone might have in the comments of this post too (or sent to my email).

Hopefully I’ll have the next Shadowgate post up tomorrow. I haven’t had much time to play in the last couple of days.
Posted by The Trickster at 23:11