Other than text adventures, if there is one thing I might be becoming known for here on TAG, it is playing licensed games. It was not deliberate! Yet, as I sit down to play my tenth licensed game (from James Bond to Star Trek)-- and am on the hook to play several more in 1992-- I am optimistic. Sure, these titles haven’t all been gems but our recent playthrough of Gateway proves that a licensed title can be one of the best games of the year. Even Consulting Detective, for its flaws, was a tremendously influential title. I know absolutely nothing about Hook. Will it be a surprise success? Or will I be pulling out my fingernails? Only one way to find out!

Hook does not have a deep adventure game pedigree. Published by Ocean Software (later to be bought by Infogrames and now branded as Atari), it is one of dozens of licensed games produced by that company since the early 80s. Nearly all of those were action games of one type or another and off our radar. Of the key credits, designers Bobby Earl and Kevin Oxland plus producer Jon Woods, only Mr. Woods had ever worked an adventure game before: a 1985 text adventure based on The Neverending Story. Of course, there is a first time for everything and by 1992 there were many fine examples of adventure games for new designers to take inspiration from. 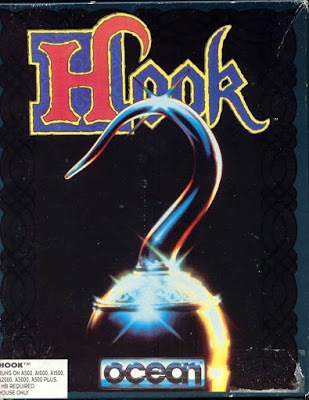 We cannot talk about Hook the game without first talking a bit about Hook, the film. Released at Christmastime 1991 and directed by Steven Spielberg, it starred Robin Williams as an older Peter Pan who had forgotten his life in Neverland to become a workaholic lawyer and father of two children. Dustin Hoffman starred as his nemesis, the titular Captain Hook, who discovered Peter’s new life in modernity and dragged his children to Neverland in pursuit of a final conflict against his old nemesis. I saw the film when I was a kid but have not rewatched it prior to this playthrough. It was nominated for five academy awards but had a very mixed reception by critics. Rotten Tomatoes gives it only a 30% in its usual rating but 76% as an “audience score”. I plan to watch the film again when I finish playing the game; I hope I will not have too many walking-dead situations that crop up because I misremember the movie!

Just like we saw with Star Trek a few months back, our version of Hook is one of four games released roughly simultaneously to promote the film. The other three were all action games: a 16-bit side-scroller for the SNES and Genesis, a different 8-bit side-scroller for the Gameboy and Commodore 64, plus a beat-em-up game for coin-op arcades. It barely mattered what you owned, if you had one of ten different consoles or computers, you could play a Hook game in 1992! Since all of the games had the same title, I can only conclude that these were primarily marketing-driven rather than intending to stand on their own. I have no idea if anyone at Touchstone even cared whether any of those games were any good, but I like to hope that they did. 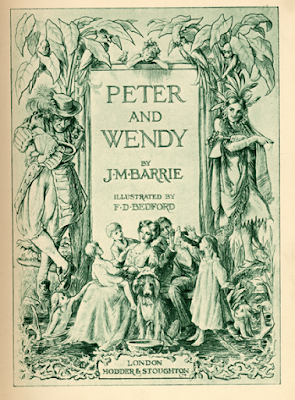 The character of Peter Pan was created by J. M. Barrie for his 1902 book, The Little White Bird, although this version of the character is younger and unlike the version that we know today. The first appearance of Peter Pan as we understand him was in 1904 in the Peter and Wendy stage play in London, later adapted into a novel in 1911. This version had all the trappings that we know: Peter, the Lost Boys, Captain Hook, Tinkerbell, and others. In that story, Peter first encounters Wendy and her brothers while listening to bedtime stories at her window. After a brief adventure with his lost shadow, Peter invites Wendy, John, and Michael to Neverland to live with his Lost Boys. While in Neverland, they have many adventurers with the pirates, mermaids, and “Indians”. Wendy and her brothers are eventually trapped by Hook and Peter is forced to save them, defeating (and killing) the pirate captain in the process. Peter begrudgingly returns Wendy and the Lost Boys to London where they are adopted by the Darling family. The play was expanded in 1908 by an epilogue which depicted Peter visiting an older Wendy and meeting her daughter, Jane.

Growing up, I was only dimly aware that Peter Pan was originally a play and a novel, instead most of my impressions of the characters stemmed from the 1953 Disney film of the same name and Peter Pan and the Pirates, an animated cartoon broadcast from 1990-1991. The latter was the version that I was most familiar with when I watched Hook for the first time. In fact, only while writing this have I realized that the latter series was not a sequel to the Disney film, instead developed by Fox! There were other adaptations of course, including a silent film, several musical adaptations, and an anime series. In the years since this game, the stories of Peter Pan have exploded further with new movies, TV series, a whole collection of sequel films by Disney, and an official sequel novel, Peter Pan in Scarlet. 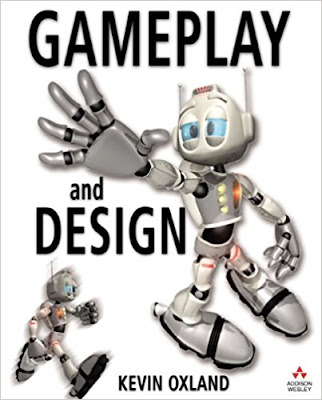 Before I get to the game itself, I’d like to pause to talk about the two lead developers, Bobby Earl and Kevin Oxland. Hook represents the very first game that they collaborated on together but they continued to work together years on assorted games. They never returned to adventures and we will be unlikely to play any of their later efforts, but I love that we are getting the opportunity to witness the beginning of a creative pairing that has lasted for more than twenty-five years. In 1999, the pair left Infogrames to found a new UK-based development company, Spiral House, with Kevin as “Creative Director” and Bobby as “Technical Director”. In 2004, Kevin published Gameplay and Design, a textbook not only on designing games but how best to communicate your designs to teammates and collaborators. I can’t speak for the quality of the work, but Google Scholar finds 97 articles which cite it as a source, so that’s something! 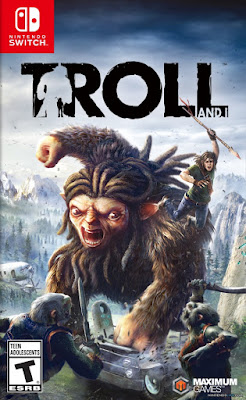 After creating dozens of games for other people, Spiral House just released their first game solely based on their own IP, Troll and I. We won’t be playing Troll and I for this blog, but the game looks absolutely beautiful. The reviews are mixed but I am thrilled to be playing the game that brought these two designers together for the last twenty-five years. I reached out to Spiral House prior to writing this introduction but I have been unable to get in contact with Kevin or Bobby. Depending on how Hook goes, I’d love to hear back from them on their experiences designing this game and more generally on what it’s like working with characters and situations not their own.

The manual isn’t much to speak of so I power up the game and watch the introduction. There is a strange interface for saving and restoring games, but I’ll look at that once I have a chance to feel how it works in practice. 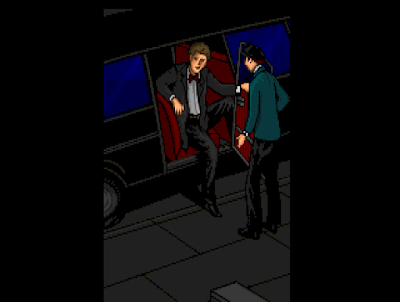 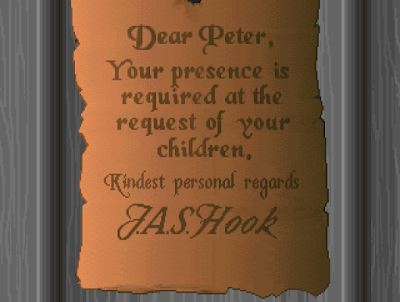 Peter returns home from a long day at the office in his limousine only to discover that his children are missing! Captain Hook left him a note. 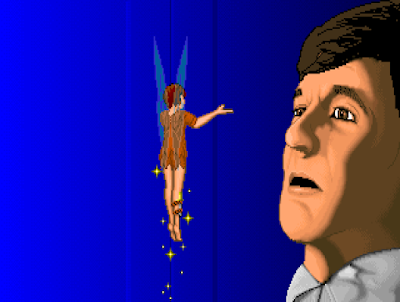 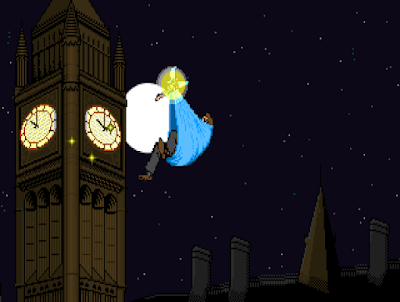 Tinkerbell comes and hauls off the disbelieving Peter Banning and deposits him in Neverland. We land in a town full of pirates. And with that, it’s time to play! Before I begin, one more thing: I happen to own a copy of Gameplay and Design and I would be happy to donate it to the winner of this game’s CAP-guessing contest. I’m trying to see if I can get a copy of Troll and I as a reward instead, but we’ll have to see if I am successful.