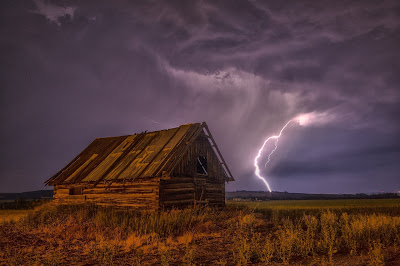 Last week, we started Sorcerer, the fifth canonical Zork game. After a particularly vivid nightmare sequence where I was killed by hellhounds, snakes, locusts, and lightning, I awoke to find the guildhall empty and the Guild Master, Belboz, missing. Thanks to some security nymphs, I cannot leave by the front door to rescue him. Time is passing very quickly and if I fall asleep, I am captured by a demon and subjected to a fate worse than death. They say that even the longest journey begins with a single step; I’m not even making it that far.

Today’s post will be a bit shorter than usual. Several “real life” events conspired to prevent me from writing as much as I had hoped. I have made it farther in the game than I document here and I want to make sure that I’m taking the time to properly discuss the puzzles that I found, rather than rush through them to cover more ground with this post. On the bright side, this is a game worth savoring.


Last week, I ended the session being stuck, so let’s take stock of my problems. There aren’t very many mysteries here left to solve so I expect that my problem is obvious to everyone but me:

The trunk is my best angle, but I’m convinced that it’s part of the copy protection since the same colors appear in the Infotator in the entries about different mythological animals. My magic isn’t helping me here either since the parrot does not have enough of a brain for “yomin” (read minds) and I never properly die in the Chamber of Living Death so my “gaspar” (prevent death) spell is useless. Even “vezza” to see the future just shows me the fort with the flagpole from my dream. I even re-read the whole manual again to see if I find a clue, but I do not.


Rather than do a “Request for Assistance”, I start the game over from scratch and play the whole opening sequence again. I search the dreamworld for anything that I might have missed then, when I find nothing new, I try the guildhall.

One lucky break comes pretty quickly: this time around, I put the matchbook in the mailbox earlier in the day. I didn’t count turns, but this time I did it before the doorbell rang and before the Popular Enchanting magazine arrived. Doing that solves a puzzle I didn’t even know I was missing as now a “vilstu” potion comes in the mail along with our magazine. They work fast! The potion claims to reduce the need for breathing and that sounds like it could come in handy later.

Waiting a few days and playing the whole sequence over again was the solution to my other problem as well, though it is (in retrospect) very obvious. As I expected, the trunk is my ultimate objective and opening it is part of the copy protection. The combination to the trunk is the colors in the Infotator, just as I guessed. The specific animal name is given in the journal, but I had to open it first. So, how did I do it? I held the key and typed “open journal”. That simple! As I dig deeper however, I am nearly positive there is a bug here. Even though “open journal” works and the game helpfully says that it assumes you mean with the key, typing “open journal with key” does not work. Last week, I had been trying “unlock journal” and similar which do not work. Voltgloss commented in the last post that his version (older than mine) does not have this bug. Not a huge deal, but it threw me off and now I’m going to be worried about parser issues the whole game. I’m glad I did it all again, but not that glad. At least I got the “vilstu” potion, now!

The journal exposits the major plotline of the game: Belboz has recently become aware of a demon, Jeearr, whose powers could destroy the kingdom. He decided to investigate on his own, but after that the entries in the journal seem to be in a different language and handwriting. Why Jeearr, if he did possess Belboz, would continue writing in his journal, I am not sure. Just force of habit?? The inside cover has the detail that I am looking for: the current code is rotgrub!


I look up the entry on rotgrubs and resolve to never again eat uncooked food in the Zork universe. I am violating my rule a bit because I am using the gray box’s manual rather than the original Infotator, but I couldn’t find a replica in time to give me the full experience. I learn that its colors are gray, red, grey, purple, and red. Entering that combination on the trunk opens it and reveals a mouldy scroll: “aimfiz”, transport yourself to someone else’s location. With that, “aimfiz belboz” is now the strangest command I have ever typed into a text adventure. As I was preparing to draft this post, I replayed this section and found that I could not open the trunk even with the right combination. My guess is that there is some other check to ensure that you explored the guildhall before you go…Exactly what it is though, I have no idea.

The “aimfiz” spell lands me right back to where I was in my dream, down to being chased by a hellhound. But where is Belboz? He must be nearby, but I have no idea where. I flee northeast to escape the beast (as before, it refuses to leave its forest) and that room is the same too. I climb down into the snake pit, but here’s where I find my first new thing: I can now enter the dark rooms below. I pass a slimy room and climb down into a crater. There’s a ton of directions to explore, so I pick randomly and discover a few things nearby:

Off to the northeast, the passage connects with a highway and certainly more adventure. Even so, this is where I am going to leave things tonight. Join me next week as we explore this new and different corner of the GUE.