Re-reading my previous posts about this game, it might seem like I loathe it. You could see me bitching about it from the introduction until the end of my second playthrough. But the truth is not so one-sided. I can say that I have actually enjoyed my trip even in spite of the multiple problems this game has. The game possesses some charm, although it kicks in later in the game, with the first two opening acts being too slow in my opinion. Even on my second playthrough I was delighted when discovering new things. Speaking of which, although my first and longer playthrough was on ScummVM, it is only fair to judge the DosBox version. Let’s begin.


Puzzles and Solvability
This is a weird category for this game. In Colonel’s Bequest there are like two puzzles worth the name. In this game, there are even less, bordering on none. Most of the time, problems have a very direct solution. Need to cut a wire? Get a wire-cutter. Need to catch a snake? Get a snake-catcher. There are no multi-layered puzzles and no alternative solutions. For example, there is a key encrusted in a painting and the only way of getting it out is using the dagger of Amon Ra. I am pretty sure you could use plenty of things to free a key in such a position. The most complicated puzzle in the game is getting the bulb to light the stairs to the basement, and even then it is just a matter of waiting for it to cool down.

Then, there is the problem of how you encounter items needed to solve puzzles. This is especially glaring during the first act, but it is present to a lesser degree in the following ones. You HAPPEN to get in the taxi that has a ticket for a night dress. You HAPPEN to find a ticket for a meal and then find a food vendor who accepts the ticket, a free-food ticket that was owned by a homeless man no less. I will refer you to Alex ‘s beautiful entry on game protagonists to understand the difference between an active protagonist and a passive one. This game is a clear example of a passive protagonist disguised as an active one. If might seem Laura does things of her own will. But if we get a closer look, it really isn’t so. The player can't decide what to do in each predicament. There are no clues to follow most of the time or paths to take in order to solve a specific problem. You only wander around and stumble upon the solution to her current predicament. The only times she does something active is when waiting for a event to happen at a specific location. If you can call that active.

And lucky for me, I didn’t even encounter any of the dead man walking scenarios. But you could find yourself at the ending without the cheese or enough snake-oil. Apparently, in the floppy version, if you don’t find Steve’s boot in the medieval exhibit, you lock yourself out of finishing the game.

All in all, It simply doesn’t feel like a very well designed game. In my opinion, that for the purposes of this post is the only one that matters, this game deserves a low score on this category, as the lack of puzzles or agency really should be punished.

The game presents a standard Sierra interface and inventory so there is not that much to say here. The interface is quite functional and easy to use. So in overall, it is quite good but for a problem. The conversation system is infamous. I really, really hate it with all my soul. It just seems like no one playtested this thing and thought “hey, I really think having to traverse this notebook, having to click several times to ask anything and not keeping track of what has been asked to every character might not be a good idea”. Those are very small quality of life improvements that would have made the experience so much better. There are also the big quality of life improvements that should have been made such as the possibility of saving anywhere you want, or at least more often than you are allowed now, or having both text and speech activated.

And then you have the bugs. Game breaking bugs that quit the game or bugs that prevent you from some clues or vital information. You have every flavor. That’s why I am giving this two points less in this category than other Sierra games of the time.

This being a mystery game, this should be the strongest point. But sadly, it is not. The plot has more holes than a minefield. Most of the time, you don’t know why things are happening. An early example of this is when you find the dagger in the gift shop during chapter 2. What’s the point of that? You never discover why the dagger is there at that moment; how the dagger is moved to another location or why; why there is an egyptian cult underneath the museum; why have they glued the key to Carrington’s trunk to a paint…

I really think that in a detective story the player should be capable of tracking the movement of everyone, of every relevant object. There must be a method behind every action, even if we don’t understand it until much latter. But this just seems like a half-baked attempt at a mystery. I won’t even enter to discuss the motivations of the main antagonist, as I discussed them at length in my previous post.

However, while you are playing the game almost none of those things matter. It is only after you finish it that you realize its emptiness. The game manages to get a hold of you, promising an interesting story and makes you keep playing. Granted, it never delivers on that promise but that’s not the point here, The point is that the story is good enough that if you are not paying too much attention to the plot holes, you can enjoy it immensely. At least until the end when everything is discovered and you start to really think about the plot.

And let me mention that the setting is another thing completely. Sierra managed to perfectly capture the image of the 20s that has reached us through popular culture. A certain mix of nostalgia and naiveness. Every place in this game is crammed with details, information that rarely comes into play but manages to give the feeling or really being in a museum in the 20s or in the middle of New York and helps getting in the mood.

This game is gorgeous. Really. The close ups are absolutely amazing; the animations are fluid and clear on its intent; the character design is great and memorable; and the backgrounds are detailed, rich and a joy to see. If I have to say something negative is that sometimes it is not clear what exits are available in a particular room, but that a very minor peeve. I think this is one of the best games this year in this category.

Regarding sound design, I have to comment on the voices. Boy am I glad we have turned to professional voice actors and production. It is really not that bad, but you can notice they are not professionals and that breaks immersion pulling you out of the game. But other than that I don’t have many complains. The music is adequate although it doesn’t cause an impression and the sounds are well chosen.

We can split the game into two separate environments. First we have the city of New York. And you get what you expect from it. A big city, full of people walking minding their businesses, cars, shops, etc… That is, until you get out of the first screen after leaving the tribune and realize how empty the city feels, with the complete opposite of what I just described. It doesn’t even feel like a city but more of a net of interconnected locations with a few actors.

But the museum is another story completely. It does seem like you are in a party, with people dancing, talking and having a good time. Then you have the loneliness after everything has been said and done and there is no one left after the party and you are walking through the empty halls, late at night.

It is not an original atmosphere, but it is something. And like I said, it manages to convey that idea of the 20s shared by popular culture.

However, in the middle of all that stereotyping, there is some hidden brilliant dialogue. Like when O’Riley is talking with Yvette about how easy is to corrupt yourself being a cop. Or the quips Laura uses whenever she is attacked, usually for being a woman.

I have mixed feelings in this category, as the characters’ single trait is thrown at you so much it starts to get bothering but overall I feel the game’s dialogue is well written. 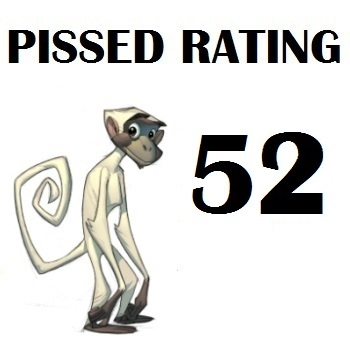 Seeing the other games in this range, I think this one has been fairly rated. It is not a bad game by any stretch, and it is funny and entertaining. But there are better games that should be played way before getting to this one.


10 CAPs for Kus of the Valley