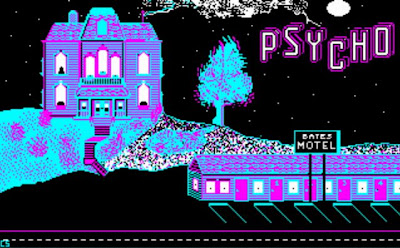 It’s unlikely many people out there need a lengthy introduction to Alfred Hitchcock’s film Psycho, so I won’t spend much time talking about the inspiration behind the game I’m about to endure. All I’ll say is that the 1960 movie starring Anthony Perkins and Janet Leigh is one of the most acclaimed of all films (it’s currently ranked number 30 of all time on IMDB). Even those that haven’t seen Psycho would probably be aware of its existence and in particular, be able to recognise the often imitated shower scene and the jarring music that accompanies it. If you haven’t seen Psycho, you really should, so I’m not going to reveal anything about the plot in these posts unless there are recognisable scenes in the game. After reading the back-story to Psycho the game, I highly doubt that’s the case though. 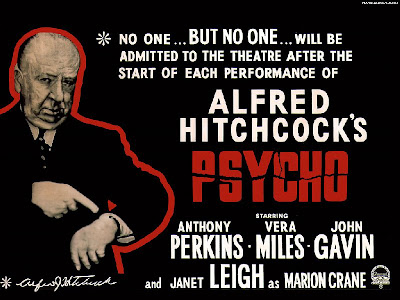 The Hitch knew exactly how to build up intrigue. Thankfully he also knew how to deliver!

While I have found a playable DOS version of the game (which I'll be playing in DOSBox), I’ve not been able to get my hands on a manual (if anyone can find one they'll be rewarded with CAPs). From what I can find on the net, I will play the role of a detective sent to investigate a theft. A set of jewels have gone missing, as has the curator that was looking after them at the time. The number one suspect for the crime is none other than Norman Bates (the antagonist of the movie Psycho), so he will be the subject of my investigation. I don’t want to read up too much more in case I come across spoilers, so I haven’t been able to figure out whether this is all supposed to occur after the events of the movie (or its sequels for that matter), or whether this is just an alternate story involving the Bates character. A quick look at the title screen suggests that the Bates Motel and Norman’s creepy house will likely play a role in some form. 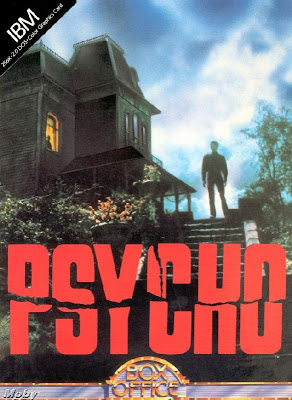 The cover for the game is lifted directly from the poster for 1983's Psycho II.

I can’t deny that I’m both intrigued and hesitant to play Psycho. The game is considered by many to be the worst commercial adventure game of all time, as well as the worst film to videogame adaptation (and that's saying something!). What's particularly surprising about this is one of the names involved in its creation! The game was made by StarSoft, a company started by a guy named Hal McCrery. Hal isn’t particularly notable and nor is StarSoft, having also developed unknown games such as Pirates of the Barbary Coast and The California Raisins, but the credits for Psycho contain none other than Scott Adams (widely considered the founder of adventure-style games for personal computers with his game Adventureland in 1978) as the programmer of the PC version. I don’t know whether he had any involvement in the creation of the game or merely played a role in bringing it to the PC, but I can’t imagine he’d be all that thrilled to have Psycho tarnishing his reputation these days. Anyway, it’s time to see just how bad Psycho really is. I cling to hope that it’s at least finishable! 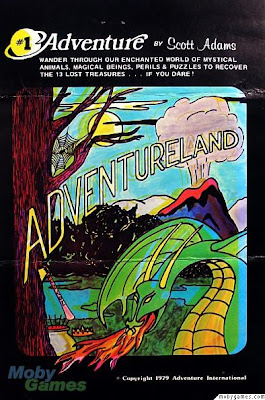 Note Regarding Spoilers and Companion Assist Points: I've recently written a set of rules regarding spoilers and companion assist points. Please read it here before making any comments that could be considered a spoiler in any way. The short of it is that no points will be given for hints or spoilers given in advance of me requiring one. As this is an introduction post, it's an opportunity for readers to bet 10 points (only if they already have them) that I won't be able to solve a puzzle unassisted (see below for an example). If you get it right I will reward you with 20 points in return! It's also your chance to predict what the final rating will be for the game. Multiple readers can predict the same score, but will be rewarded a decreasing amount of points if it turns out to be correct.