I decided that to give Gold Rush an accurate rating, I really needed to at least know what the alternate paths from Brooklyn to Sacramento entailed. To save me having to restart the game from scratch and play through the other ways, I hopped onto YouTube and found some Let’s Plays by a guy called sierragamescott (he deserves a shout out for some detailed work!). I’ve taken some screenshots from his run throughs so you can all get a glimpse of what the Panama and Cape Horn paths look like. In the end though, all three paths are lengthy exercises in reading historical information while interacting very little with what’s actually happening on screen. All three paths have the same guy sitting around that gives you the bible. All three paths have a point where all of your items, apart from a few necessary bits and pieces, are taken from you (for different reasons). All three paths have sudden and unavoidable deaths that require you to restore to a hopefully recent save game. I’ll try to complete my final rating post tomorrow, but in the meantime, here are the shots... 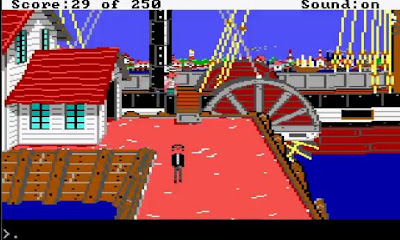 The Sea Farer had left by the time I reached the wharf. 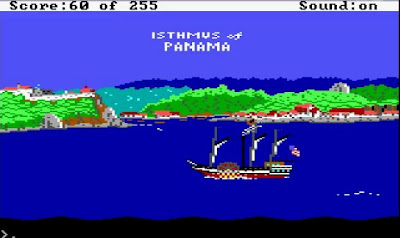 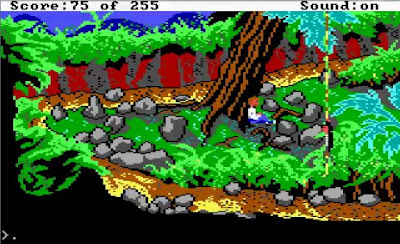 Avoiding Deadly Ants: The Panama Jungle is a deadly place for Jerrod, but apparently not for the serene bible reader 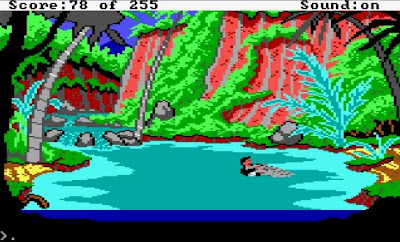 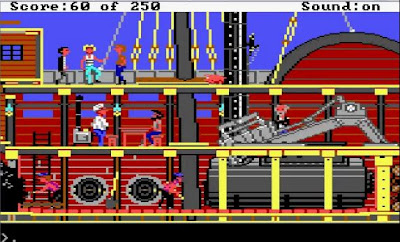 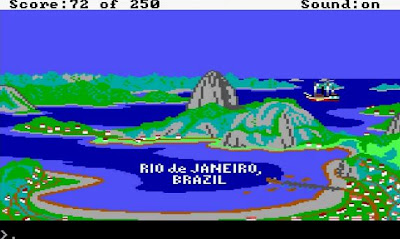 Rio de Janeiro is a stunning place, not matter how simplistically it's represented 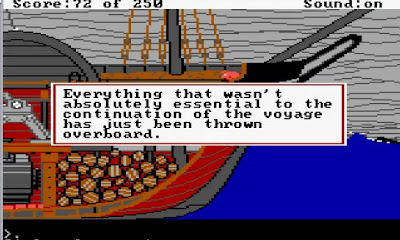 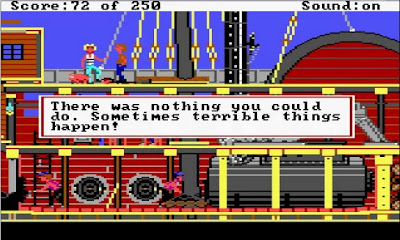 Cholera: Another unavoidable death. I feel sorry for Scott trying to create Let's Plays for Gold Rush and having this happen repeatedly 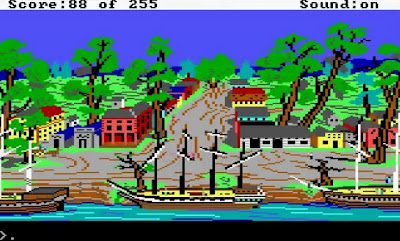 Both journey's end here, but getting a coach from this perspective looks overly difficult
Posted by The Trickster at 21:55