Ernie Eaglebeak's Journal #1
“I just can’t believe I am still friends with these guys… First, they got me to drive the carpet to our spring break destination, Fort Naughtytail, alone for hours on end while they slept. We arrived safe and sound, but then they blamed me for saving their lives by throwing away everything that was not them during our flight. Ungrateful pricks! They even had the courage to charge me twice the amount they paid for the hotel as a penalty! But when they get tangled against another fraternity in a tournament for the rights to come here on spring break for the next five years, who do you think they call?”

Hello people! I don’t know why I feel the need to greet you again after my rocking introduction post for this game but here I am again ready to continue!


What? Did you say I am not Voltgloss? How did you manage to see through my impeccable disguise? Sadly for you, Voltgloss had some issues that prevented him from finishing this game so you are stuck... with me!!. A non-native English speaker which has played as many as three (allegedly) parser-based adventures in his life and that hates time-based games because he likes exploring at his own pace. Clearly the only good choice to play this game.

Resuming the game from where Voltgloss left it, the prologue ends with Ernie in the main Plaza of Fort Naughtytail, just in front of the Hu Delta Phart’s hotel, the Royal Infesta. Our brothers are set on going to the rooms so that seems like the best course of action. Once inside, the group pays the fee, with Ernie paying twice the price for his room in punishment for throwing away all the HDP’s things during the flight.


Once the ordeal is resolved, the group agrees to meet at the beach in 30 minutes. As the key to the room was not among my inventory, I tried to ask the receptionist for it to no avail and nothing I tried at the reception was of any consequence. That’s a good beginning. I exited the lobby east to explore the hotel but ended up outside in Beachwhaled Boulevard, a fancy street with an aquarium and several shops. Sadly, I had no time to explore the new location as 30 in game minutes had passed and I was dragged to the beach by Sid, one of the Pharts.

As soon as we arrive, a group of muscled guys approaches. They are a group of bullies from Getta Loda Yu, a fraternity at St. Weinersburg Academy of Magic (SWAM), our arch-rival school. Their intention is to get our beloved group of hornball nerds kicked out the beach by means of a weight-lifting contest. The Yus bring out three barbells of different weights (I guess they take them wherever they go) and one of them starts lifting them from the lightest to the heaviest.

Seeing an opportunity here, I cast FRIMP (levitation) on the heaviest and try to impress everyone by lifting it before the jock, but I am interrupted by Moe, the Pharts “leader” as he thinks I am too skinny and that Ralph should do it instead. And that’s when the game crushes me even more describing how easy it is for the jock to lift the heaviest weight now that it is levitating. Good job me!!

But now it is Ralph’s time in the court. So I help him as I helped the jock, noticing that there is a cooldown of 1 turn before being able of casting the same spell twice. But he is a little less subtle about the effort put into lifting the last weight…


Seeing as there is a tie, Moe and Ace, the Yus leader, start bickering at each other until The Judge appears. This being a spellcasting game, The Judge is an impressively described blonde in a bikini that extends the weight lifting contest to a full tournament full of college competitions such as drink-a-thons, tan contest, wet t-shirt competitions, etc… Surprisingly for me, the prize is not a night with her (oh Al Lowe, how much have you perverted me!), but avoiding 5 years of exclusion from Fort Naughtytail. And somehow the competition starts by giving 40 points to the Yus and 45 to us.


Seems quite straightforward until now, right? What if I told you it took me an embarrassingly high number of repetitions to reach a point where I was ready to keep advancing in the game? You see, time in this game is getting in my nerves. Every action you do other than a general look over the scene or seeing what’s in your inventory takes 5 minutes of in-game time. So you have like 6 actions before being taken to the beach.

My first tries were actually trying to find something to do with that time. My best guess here is that you can only get to your room and get into your bathing suit, as I was specifically picked on by the bullies for wearing a cloak to the beach and it is what our brothers suggested. This time, instead of losing time at the reception I simply went to Ernie’s room using the elevator and found out that I didn’t need anything to enter. In fact, there isn’t even a screen before the door, you simply choose your room from a map. Inside, our roommate Sid is unpacking. Being the nice guy I am, I greet him and try to talk with him but he has no useful information for us. There is a visible book bag that we can rummage. The bag contains a… Oh, what’s that? It’s been 30 minutes already? Back to square one!


This time I do less looking and talking and more looting. The bag contains a text book on plant-resin-based magic potions so boring it can melt your brain if you read it, a nose shield and a deflated float. With that done, it is time to get into my bathing suit. Ups, at the beach again. Restore!! Go to the room, take the bag, look for the bathing suit. The only problem being I can’t find it anywhere in the room before getting to beach. Finally, simply removing the cloak reveals the bathing suit underneath. Great. This is a perfect example of why I prefer my adventure games event based instead of timed.

But then you have the beach scene, which is even worse. You see, what I described in merely four paragraphs is a stream of scenes where you can do things in between. So when the jerks approach, you are given the opportunity to do something. Also several occasions in between Moe and Ace’s conversation. And you are given a single action before the scene continues.

So if you inflate your float, the conversation between Ace and Moe continues meanwhile. This is not that bad per se, but it left me with the feeling I was missing something. For example, the only thing you can do before the weight lifting contest that changes how the scene goes is throwing a punch, but the only result is Ernie being humiliated and the contest then starts immediately. During the contest there are even less things that change how the contest end. I didn’t even manage to lower the Yus’ score. No sand throwing, no punching, no spell to help either… So in the end I just settled with being in my swimsuit with Sid’s bag and having an score of 40 vs 45.


The bad news for me is that I have a feeling the rest of the game is going to be as time-pressing as this introduction to what I assume are the secondary villains (I have little doubt that the old nemesis from the previous games will return as the main antagonist) and the following chapters objectives. The Judge even sets the time limit for the next step, as each fraternity is going to hold a party the next day at 7 o’clock, and she is going to judge which one has the hottest girls. She even sets the timing for the next test, being a sand-castle building contest the following day to the parties. I think I will be typing RESTORE even in my dreams (or more likely nightmares).

Ok, enough with the complaining. The game opens a lot here as you are finally given some freedom to explore the island. Let me tell you it is huge. But it feels a little empty, as there are a lot of locations with nothing to do, at least at the moment. I spent most of the day before the party just exploring and taking notes of the several items and relevant locations that seem useful. I won’t describe everything now, as I will have to replay it for sure, but I will try to summarize my thoughts on what I have discovered so far: 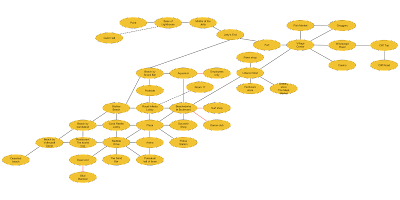 As you can see, not that many leads at the moment but many things to try and do. I will keep you posted ;)