Yes, I was supposed to board that contraption and penetr... infiltrate the enemy base. I had to move through three levels and find within each level a pink access to the next level. I had to shoot killer robots and there were also lips to contend with. Lips with no teeth kissed my shaf... shuttle and then its shields became har… stronger. Lips with teeth bit my shuttle and its shields became sof… weaker.

This minigame wasn’t so difficult to begin with and I got couple of things to help me. Remember the card I had cleverly found by pouring my drink over a semi-naked woman? Turns out, this wasn’t a dead end bait, but something rarely seen in adventure games - an optional puzzle. I could use the card before I entered the base and gain access to additional doors between levels.

After infiltrating the base, I encountered one of Napadami’s gynoids, which was programmed to undress with a look any intruder.

I really have difficulties understanding what was going on here. Apparently my character was shooting the gynoid with his extaser, while the gynoid was at the same time projecting some rays, which undressed my character. My shot was represented by the sliding puzzle in the middle of the screen, and I had to complete the puzzle, before the gynoid’s gaze would have its full effect. Needless to say, I was forced to put the emulation cycles quite low, and I wonder how people managed to get through this back in the day. Anyway, when I had completed the puzzle, the gynoid collapsed from pleasure.

After all the minigames, it was refreshing to see some old-fashioned adventure game puzzles. I was behind doors of a temple, with a 3 times 4 grid containing some symbols inscribed to the floor. I was supposed to take the sacred bonsai and put it on the symbol that corresponded to the sign of my kakemono. But when I picked up the bonsai, it’s secret guardian alerted everyone of my presence.

Checking the bonsai tree thoroughly, I found its one-pixel guardian - a male cricket. Since I had been carrying a female cricket so long, the next step was easy to solve.

Now the only problem was to know what my kakemono was. Luckily, I had took a photo of it at the very beginning of the game.

If the game thus far has made little sense, the final scene is no better. I was face to face with Napadami, who threatened me with a gun, and in few minutes, shot me. I had my cursor, which presumably represented my extaser, and I tried to click it on Napadami… and part of the picture of Napadami vanished, revealing another picture behind it. Of what, you ask? Of a nude female form, of course.

The timer had luckily stopped and I had no fear of Napadami shooting me anymore. What I then had to do was start clicking parts of Napadami-picture, and if I hit the correct one, it vanished and revealed more of the underlying picture. Was the game trying to say that Napadami was actually a woman? Or was the woman behind a cardboard image of Napadami, which I was shooting to pieces? Or perhaps this was a clever political statement for transgender rights? Who knows.

This part of the game wasn’t particularly difficult, but the sounds… Every time you clicked the picture, the game emitted a kind of loud moaning which will certainly make your neighbours look at you with a smirk on their face when they see you next time. Needless to say, I had a sudden urge to find headphones.

And this was it. After revealing all of the nude picture, the creature collapsed from pleasure and I could proceed to release Eva. “Ecstasy awaits me”, the game said and opened up an animation of naked Eva lying on bed and moving her hands around her body. At this point, touching anything else but oneself lands the player to OS, and since the animation itself serves no other purpose, but to gratify any poor soul who had to play this game just to see anything remotely sexual, I’ll refrain from showing any screenshot of it. So, let’s rate this game!

Have I ever told you that I just loath minigames in adventure games? And then I am submitted to a game where the majority of the gameplay consists of minigames…. In addition, the few puzzles of the game manage to break all the rules of fairness. An obligatory use of external source of information? Check (Latin dictionary). Pixel hunting? Check (both crickets). Dead ending player at the very beginning? Check (taking a photo of a wrong spot).

Still, the puzzles at least make some sense, and in that respect the game is a leap forward from Emmanuelle. How do you fool a male cricket? With a female cricket. How do you catch a female cricket? With an ointment which dozes crickets. This a perfectly reasonable string of problems, while in comparison, in Emmanuelle I had to appropriate a toucan to become a better swimmer. Also, there’s the nice optional puzzle to consider in favour of the game.

The interface of Emmanuelle was simply horrible (at least in DOS version): no ability to save, no mouse support in a game that cried for it, either horribly slow or unbearably fast speed, impossibility of finding the right pixel to press - frankly, I am astonished Trickster gave the game even 1 in this category. Compared to this, Geisha (played with Atari ST emulator) is simply pure bliss. Even if I wouldn’t have used save states, the game would have had in-game save game ability. The game included mouse support and the game interface was reasonably smooth, although a bit cumbersome at places. Inventory was a bit boring - just a list of items - but it did its job.

James Bond movies are rarely watched for their deep plots.You get some kind of handwaving at the beginning of the film - world is in danger, there’s this evil organization with an ultimate bad guy as its leader blah blah blah. But why Mr. Bond is actually at some location remains often quite unexplained - or if explained, the explanation makes no sense. But who cares what he is doing dropping from an aeroplane, as long as we get a dashing fight scene which defies the laws of physics.

The plot of Geisha follows a similar non-logic. Sure there’s some kind of overarching story - your fiancee is in danger, there’s this evil organization with an ultimate bad guy as its leader blah blah blah. But in the end, it’s all about taking the player from one minigame to another. Why are we actually scouring the various erotic salons? Who cares. I am not saying this is inherently bad kind of plotting. It is used to good effect in many action movies, as long as the individual scenes make your adrenaline levels go higher. Compared to the aimless wandering of Emmanuelle, the plot of Geisha has drive, even if at times it felt like I was just railroaded through the game.

One commenter criticised Trickster’s review of Emmanuelle, because it forgot that European game developers were not as experienced in the art of making games as their American peers. If my journey through Muriel Tramis’ games has showed anything, it is that they did have experience in making games. Indeed, when it comes to sounds and graphics, the problem was more that they targeted their games to different computers than in the American market - PC really didn’t become popular in Europe before 90s.

So, it’s no wonder that the graphics of the Atari ST version of the game are pretty decent, when compared to the standards of 1990, and many of the animations are well made. The sound department is more of a mixed variety. The opening music is pretty catchy, but that’s about the only time any music can be heard. Sound effects consist mostly of beebs, bloobs and moans.

Yes, I kind of guessed that.

The dialogue and other texts in Emmanuelle ranged from unintentionally humorous to incomprehensibly mysterious. I don’t know if we are to credit the writers or the translators for this sad state of affairs, but at least in Geisha they’ve put their act partially together - I could mostly understand everything what was said. Of course, this doesn’t mean that the text was flawless. There were minor errors, like same characters having slightly different names in the manual and in the game. More importantly, the text in the game was so full of cheese, you really couldn’t read it with a straight face, especially when it tried to be very profound. 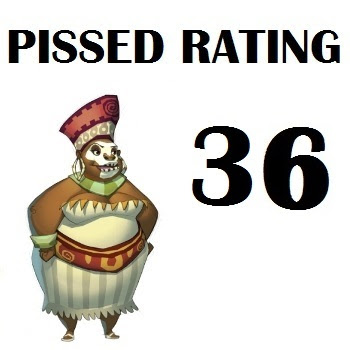 Is this a fair score? Many of the failings of Emmanuelle were due to an utterly useless interface and unbearably crude graphics and both of these were fixed in Geisha. It’s still a game that is hard to enjoy, but at least it didn’t feel like walking through a scorched desert with nothing to drink.
Posted by Ilmari Jauhiainen at 23:00