Last time, we closed the book on the third and final case in this volume of Consulting Detective. We’ve interacted with a ton of crazy characters, explored London, and placed three murderers behind bars. This is a game unlike any that we have played before and I’m glad that I was able to experience it firsthand.

As I prepare to write, I’m not sure how it will do in our PISSED scale. I know that I had a lot of fun, but the game does not have many of the standard trappings of adventures. Will that give it an advantage or a disadvantage in the rating? Let’s see!

Before I get to the PISSED scale, let’s take a look at my three predictions:

Prediction #1 - Three episodes, but they will connect in some way.

Absolutely incorrect despite someone in the comments predicting otherwise. The only way that the games cross is that the various newspaper clues are mixed together. Multiple cases’ clues are in each issue and I’m fairly sure I even spotted clues relevant to the sequels. I’ll find out for sure when I play those games. But other than the newspaper, I found no connections between the cases.

Prediction #2 - Mycroft, Moriarty, Irene Adler, or some other minor Holmes character will get a role.

Partly wrong. Mycroft and Adler appear in the directory but did not have any scenes when I checked them. The “Regulars” of the game are mostly recurring characters from other Holmes fiction so they count but only a bit since they were in the manual. I don’t recall if I knew about them when I wrote this prediction.

Prediction #3 - The butler will do it in at least one of the stories.

Correct on a technicality! The first case had a side-story where the butler did the murder but in none of the other cases were any butlers responsible. Alas!

As I’ve discussed before, Consulting Detective does not have much in the way of traditional adventure game puzzles. There is no inventory items to use, no dialog trees, and hardly any game state. You can go anywhere and talk to anyone at any time.

But what the game does have is three well-structured mysteries with characters that we enjoy spending time with. Although you can talk to anyone at any time, the game is built on a logical progression of clues. People you talk to and newspaper articles you find propel you to other places to investigate. The first case was the weakest of the three in this regard, but I came to appreciate this aspect more and more in the latter two. I also love that you have to pay attention and take good notes to do well, but the game is also forgiving. If you need to, you can watch any video over again for a reduction in score. That ensured that you could never really become stuck. I disagreed with a few aspects of the first two solutions, but the whole game comes together nicely. Should I punish this game for not having inventory puzzles? How much should I deduct for the stupidity of hypnotism? These are valid questions, but I want to consider the game as a whole.

My score: 6. I considered going lower, but I had a lot of fun solving these cases. The game made me sit up and pay attention then rewarded me for doing so.

Once again, Consulting Detective breaks the mold and makes judgement difficult. We don’t even have an inventory! The design isn’t perfect, but there are a number of good points: the “notebook” idea as separate from the “directory” is a lifesaver plus the freedom of movement that is implied by the directory is very nice. We can visit anyone in London and they successfully built an interface to support that. The controls on the videos are also nice, although I believe they were added in a later revision so I won’t consider them.


Regretfully, there are also some missteps. The newspaper interface is pretty much unusable. Without a hard copy, you are sunk. The other misstep is that the Regulars aren’t included in the interface. You have to remember their names and what their specialties are in order to use them and while that’s not very hard, it’s an unnecessary obfuscation. They built a serviceable interface to select all of the Regulars as part of the tutorial; why didn’t they just use that in the game as well? Finally, I wish they had included subtitles. We have enough strange accents and unusual names in this game that I had to sort through the entire directory on several occasions just to find people that were mentioned. I can think of a few ways to deal with that but none that were utilized.

My score: 4. The interface is serviceable but flawed and occasionally got in the way of play rather than supporting it.

London is not just the setting of this game, it’s also a character. The newspaper articles and the side-stories that are revealed when you go down false leads all contribute to a feeling that there’s a lot going on all around you. We are playing out just one story of hundreds. This is helped by the reasonable approximations of period dress and English accents, faked fairly well by a production team in Minnesota. Special mention has to be made of Laurie Rose Bauman’s excellent scripting as that goes a long way to sell the effect.

I am less pleased about having three mini-stories instead of a cohesive narrative. I hoped through the whole game that there would be a callback to a previous case or even a hint that they were related. I hate to complain because each story was fine on its own, but connections might have made it more than the sum of its parts. I left disappointed, craving an escalation or crescendo that would cap off our adventures. With the possible exception of the pseudoscience in the second case, all three are true to the Holmes canon and feel like Sherlock Holmes stories. For a game like this, that is high praise!

My score: 6. I enjoyed the stories but the game ended more with a whimper than a bang.

Full motion video was a massive achievement for 1991. It’s easy to forget the revolution that CD-ROMs brought to computer games. A single CD contained roughly the same amount of data as 450 floppy disks! Consulting Detective was one of the first games to take advantage of the opportunity that brought. We can complain about the small window and low resolution of the videos, but for systems of the day this was an excellent technical achievement. Since the PISSED rating is timeless, we are supposed to divorce the rating from what was possible at the time, but I plan to give a bonus point at the end for this game being the first of its kind.

We’ll talk about the videos more when we get to Dialog and Acting, but the scenes are well-staged and well-acted. The English accents seemed correct to my ear, but I’m a kid from the American Mid-West so what do I know? The insets with hand-drawn graphics were very well-done and reminiscent of the original Sidney Paget illustrations.


But while I admire the technical innovation, very few of the scenes “popped”. Contemporary hand-drawn games composed their scenes better and use more of the screen real estate. The combination of low resolution and sepia tone made some of the scenes muddy and difficult to follow. The single best moment in the game, Philip Travis trying to resurrect a mummified monkey, is so dark that you miss critical clues in the background.

The audio in the game is acceptable with well-placed background sounds but not much ambient music otherwise. The new Zojoi version improves on this so much that I find myself hearing the new music and cues in the old game even when they are absent; I had to replay just to remember what the original game sounded like.

My score: 6. The use of video was revolutionary and generally well done. I wish the picture was clearer, but the overall presentation was better than most.

Consulting Detective does a great job of imparting the feel of Victorian London, or at least the romanticised version of that which we see in period stories. The best compliment I can give is that it feels like Sherlock Holmes. The actors are right, the cases are well-written, and everything comes together.

Truth be told, of course, the seams show. Every scene in the game takes place either in a small room with some furniture or against an obvious green screen. There is little variability to the shots and direction is frequently clinical. It’s not bad, but watching identically staged scenes from beginning to end gets exhausting.

My score: 6. This feels like Sherlock Holmes. ‘Nuff said.

After nearly 100 games (including our Missed Classics), this is one of the first that have a “real” dialog and acting score. We’ve had plenty of voice actors but this may be the first time we’ve had dialog and acting from real actors without motion capture. Some of the acting is over the top or campy but largely when it suits the scene. It helps that I was fully engaged with the dialog and plots in each case. Kudos to the scriptwriter once again!

My other complaint is that the emotional ranges of the actors are so narrow. There are some standout performances from Holmes and Watson, plus key antagonists like Loretta and Travis. The woman that plays Frances Nolan has some room to emote, but most of the rest of the cast perform either workmanlike interviews or one-note characters. I know there are some FMV games coming that do far worse, but I wish they had a chance to shine a bit more here.

My score: 7. No Oscars here, but the scenes were well-acted and the key parts well-cast. Dialog was overall very good, if occasionally too much of an info-dump. 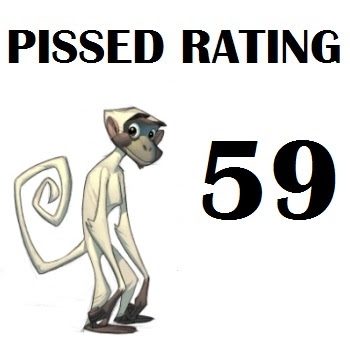 That makes this the 7th best game of 1991 and that seems right. It’s not quite an adventure game and I suspect that our rating scale isn’t entirely fair for that reason. It was a lot of fun and I look forward to playing the sequel.

Our average guess was 48 so it seems that most of you thought this wouldn’t do as well in our rating system. With a correct guess of 59, Mr. Valdez is our winner! You will be receiving a complete set of Zojoi games on Steam: the first three Consulting Detective cases, the remake of Shadowgate, plus the classic versions of Deja Vu, Deja Vu II, Shadowgate, and The Uninvited. Thanks to Zojoi for donating our prize for this game!

Up next for me will be Star Trek: 25th Anniversary and some Zork games. Onward to 1992!