Missed Classic: Antheads: It Came From the Desert II - WON! and Final Rating

Brick Nash Journal Entry: With the information I found in the hospital basement the antheads are no longer a problem. The giant ants themselves however are being destructive enough without their half-human brethren, and now I've been put in charge of the defenses of Lizard Breath. Being a man of action, I give a cursory look at our defense strategy but decide to commandeer myself a plane and deal with the ant queen in her own environment. To the nest!

Now that the town's put me in charge I can go to the police station to assign the army, police, construction workers and townspeople to whatever locations I choose to fight off the ants. I didn't bother much with this screen, I just sent all my troops to defend two locations – the airport and the M3 mine. I figured I'd need a plane and the M3 mine seemed to be where the action was in this game.

I then went straight to the airport to get a plane. I had to convince Louie I should be able to fly without a license.


After a few screens of non-interactive dialogue where I explained my Korean flight experience and we exchanged national stereotype insults, I got to the plane screen. The ants had beaten me to the airport, however, so I had to do a combination of fighting them off and avoiding them before I could take off. Eventually I got the plane safely off the ground.


I then flew randomly around M3 mine many times before checking out a walkthrough. I'm not sure if it's the game itself or if it was just my mindset as I played but I had really lost patience with this game's action sequences. In the first game Geez had left me a marker which gave me a good indication of where to look. This time all I had was the evidence that it was likely somewhere near the M3 mine and northwest volcano. I was right, but it's a large area.

I'm not sure if I completed this game back in the day but the idea of doing it without save states and/or walkthroughs fill me with dread.

With help of walkthroughs I finally found the nest. Landing my plane with the skill of a pilot who'd shot down plenty of MIGs in Korea...


Eventually I landed my plane near the nest, fought off the ants guarding it and entered, 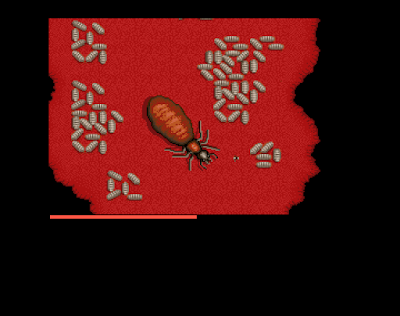 Running up to the queen to give her my gift of a big pile of dynamite starts a ticking sound which gradually gets faster until I make my way back to the surface.

If I lose the game, which you're almost guaranteed to do the first time you play, I get a slightly different ending screen


And just to see what happened I also tried not leaving the nest before the dynamite exploded.

Puzzles and Solvability - 1
There are no real puzzles in this game. A few minor dialogue puzzles which don't affect anything don't really count. Getting the safe combination from the antheads and the information from Billy may count as a puzzle but not enough to really count. I'm once again giving this a 1 because it isn't an adventure game

No inventory to speak of. The interface is simple and clear. Like the first game the map screen has a cursor and looks like it SHOULD contain mouse movement but I can't really punish a game more than giving it a 1.

I praised the story of the first game for being right out of a 50s monster movie, but despite the game in some ways improving on its predecessor, the whole explanation for antheads is ridiculous, While the individual dialogue might be improved (see D below) the story as a whole is slightly diminished by the premise of antheads being possible due to psychokinesis. The story is still great fun though. It's a simple premise and really feels like a story out of a 50s monster movie - or at least a slightly inferior sequel to a 50s monster movie. The setting of the small town in the middle of nowhere in 1950s USA still works. Unfortunately we lose some of the tropes that made the first game work so well, but we still have the one person doing what he can to single-handedly save the world.

I gave the Amiga version of the first game a 9 here, and am dropping it to an 7 largely because it had a year to improve to keep in line with other games and didn't. I know I copped some flack for giving the original game a 9 but I still stand by my score based on the year of release.. When you compare Antheads with the best of 1990 it's not quite as impressive though, but still somewhere near the top.

Most locations have unique and appropriate music - the main wandering themes are atmospheric and add to the game as you play, and different locations and minigames have different music.

As always, this is the category where Cinemaware's games shine. They try to play like you're in a movie and this game does it well. I've mentioned some of this during the playthrough and in the 'Story and Setting' section but to really understand how well it does you have to have seen the old monster movies it's mimicking and have played the game. I'm considering repeating my 9 from last time but dropping it slightly to an 8. I feel that in all, while a brave attempt, it's noticeably inferior to the first game.


Still a cool intro, but I've seen it all before

For the same reason as It Came From the Desert, this game does quite well in this category. You often get the same information from different people, but in different ways. Each character has a distinct personality and that shines through when they speak.

Apart from Brick Nash, the only new speaking characters are Billy and his dad and they're probably slightly better written than the other characters. Brick's own thoughts throughout give him a personality that Dr. Greg Bradley never had.

The non-linearity that I drew attention to in my Final Rating of the first game is again evident, The dialogue actually gives us more options, though most of them are useless.

The only reason it doesn't rate higher is that there are still limited options to say different things.


On par with the first game is Antheads' 'acting' which is mostly in the opening cutscene but also the way a nurse will call out during the hospital escape scene or the scream you make when an ant gets you.

1+1+5+7+8+6*10/6 equal 47. I'm again giving it an extra discretionary point because it just does what it does so well, and only fails at categories it wasn't even trying to succeed at in the first place.

So, the final rating is 48, which means the 10 CAPs will go to...both Joe Pranevich and Fry. I am surprised it's so different to the 57 I ended up giving the first game's Amiga version. Perhaps nostalgia did cloud my judgement the first time or perhaps I was too cruel in marking this one down for not improving more.

Either way, I did enjoy the sequel – though not as much as the original. I'm not sure why though. If I'd waited more than a year between the games my feelings might have been slightly different. This time the action sequences were more annoying than fun and I put that down to the fact that I've played them all to death so recently. 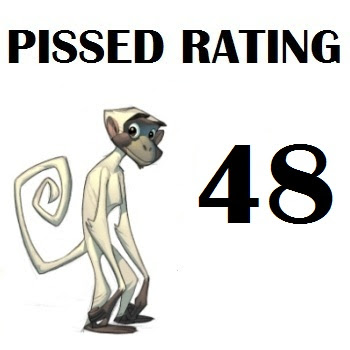