Game 64: Conquests of the Longbow: The Legend of Robin Hood – Introduction (1991) 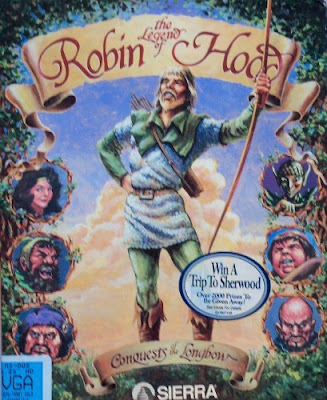 Maid Marian. Little John. Friar Tuck. The wicked Sheriff of Nottingham. King Richard the Lionheart. The Merry Men. Even in the 21st century, we all know the characters and the stories. And of course, there’s the man himself: Robin Hood, the legendary outlaw, swordsman, archer, and ladies’ man. He wields a pretty mean quarterstaff, too, and really loves the color green.

Something about these stories has fired our imaginations through the ages, through folktales, ballads, books, movies, and computer games. Much as she did with the Arthurian legends in Conquests of Camelot, designer Christy Marx and her crack team of game developers created a loving pastiche of Robin Hood legends in Conquests of the Longbow: The Legend of Robin Hood. I am qualified to say “loving” because I have played this game before, albeit fifteen or so years ago. While I never finished it due to my inability to solve an unfortunate manual-based puzzle, I enjoyed the game quite a bit. Just so you know, I had the manual, but I think I was facing a timing issue, as these were the pre-DOSBox days. I am very much looking forward to firing this game up again, and I remember it being very well-written, interesting, and most importantly, fun. After Leisure Suit Larry 5 and Police Quest III, I’m in the mood for a good, old-fashioned, classic Sierra adventure game. I must also mention that Robin Hood has appeared in other video games, such as Robin Hood: Prince of Thieves for the Nintendo Entertainment System, based on the 1991 Kevin Costner film of the same name. And for Spoony’s hilarious, NSFW review of that game, click here (video no longer exists - admin).

References to Robin Hood first appear in the late 14th century, but weren’t written down until the 1500s. May Day celebrations figured into the growth of the Robin Hood legend, as the character was portrayed in plays and games. As times changed, so too did the nature of the stories: While firmly a yeoman—that is, a commoner—Robin Hood fought against governmental injustice during the feudal era, while in more peaceful times he became a swashbuckler with a heart of gold. In his earliest incarnations, however, he was imbued with the dominant, idealized attributes of the day, like loyalty, piousness, and generosity, and was decidedly not a rebel or an outlaw. Characters were latter added, some like Maid Marian and Friar Tuck much later, though Little John, Much the Miller’s Son and Will Scarlett seem to be Robin’s oldest companions.

(Digression: I hate it when the news media here in the United States tries to compare politicians to Robin Hood. Newsflash: In the Robin Hood legends, he steals from tax collectors. So let’s cut out the ridiculous stuff like this. Also, Monty Python’s Robin Hood send-up “Dennis Moore” is awesome and should be watched immediately. Digression over).

Regardless, no one is sure about his true origins, or if he was based on an actual person. As with the legends of King Arthur, the truth about Robin Hood will forever be a mystery. This perhaps explains why the character is so popular: Successive generations of storytellers have been able to put their own spin on him while retaining the universal themes that have helped the stories retain their relevance for nearly a millennium. That, or the tights.


Whatever the reason, whether he is portrayed by Douglas Fairbanks, Errol Flynn, Sean Connery, Kevin Costner, or Russell Crowe, spoofed by Cary Elwes in Mel Brooks’s Robin Hood: Men in Tights, or even played by the Loony Toons crew or an anthropomorphic fox in the excellent 1973 Disney cartoon, Robin Hood lives on. But really, it’s the tights.


The Woman Who Made It Happen: Christy Marx 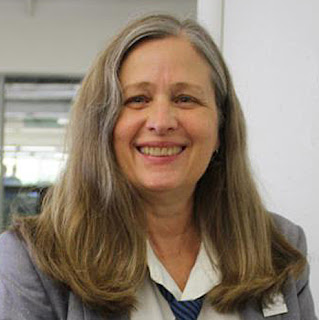 I have only played one other game by Christy Marx, the aforementioned Conquests of Camelot (with art by her then-husband Peter Ledger, who tragically died in a car accident in 1994), but I have to say that she gets it when it comes to adventure games. The history is integrated in a fun way that retains enough accuracy without being afraid to deviate and add new twists. The gameplay is varied with different types of inventory and manual-based puzzles, arcade sequences, and games-within-the-game that make you use your noodle without ever being too obtuse. And best of all, they are light on the classic Sierra Walking Dead Scenarios ™ that we all seem to know and love. Plus, the two Conquest games are wrapped in a package of excellent art, evocative music, and great writing that really make the player want to explore the legends more. Let’s just give the game a 100 out of 100 and be done with it.

Regarding Ms. Marx herself, she’s had a varied and interesting career in comics, games, television, photography, and animation. For instance, did you know that she created the cartoon Jem?! Or writes comic books? Has written episodes of TV shows like Babylon 5? In other words, she has lived the life that most of us pop culture geeks dream of.

Conquests of the Longbow, released in 1991, uses Sierra’s SCI1 interface and features 256-color VGA graphics with the point-and-click interface first used by the company in King’s Quest V. From what I remember, excellent graphics and a point-and-click interface are all that Longbow shares with the aforementioned game. If I have to defeat the Sheriff of Nottingham with a pie to the face, heads will roll. I’m not sure whose, but roll they shall!

You all know my final score prediction (100), so I’d better not see anybody guess that. Numbers 0-99 are fair game, though, so don’t ever let it be said that I’m not generous. Want to know who else is generous?


Yep, Robin Bro and his “little buddy” will be our guide through our adventures in Sherwood Forest. You have been warned.

Note Regarding Spoilers and Companion Assist Points: There's a set of rules regarding spoilers and companion assist points. Please read it here before making any comments that could be considered a spoiler in any way. The short of it is that no CAPs will be given for hints or spoilers given in advance of me requiring one. As this is an introduction post, it's an opportunity for readers to predict what the final rating will be for the game. Voters can predict whatever score they want, regardless of whether someone else has already chosen it. All correct (or nearest) votes will go into a draw.
Posted by TBD at 23:00

Email ThisBlogThis!Share to TwitterShare to FacebookShare to Pinterest
Labels: 1991, Alex, Conquests of the Longbow: The Legend of Robin Hood, Introduction