The Adventure Gamer has a Sponsor!

The Adventure Gamer has a sponsor! That's right, our very own Lars-Erik has offered to sponsor The Adventure Gamer blog by funding game prizes. It's an incredibly generous thing to do, and I've questioned him several times to make sure I wasn't misinterpreting his selfless offer. So how will it work?

Instead of just receiving 10 CAPs for correctly guessing the PISSED rating I will dish out to a game, from now on winners will receive 10 CAPs plus the next game on the list that is available to gift on any of the major distribution platforms (such as GOG and Steam). So, whoever is the first to correctly predict the PISSED rating I will give to Zak McKracken will get 10 CAPs plus the Quest for Glory collection from GOG (unless someone can find a giftable copy of Chamber of the Sci-Mutant Priestess or Codename: ICEMAN). If that same person happens to be the closest predictor for any other games prior to me reaching Hero's Quest, they will receive an increasing number of CAPs and the game prize will go to the next closest predictor. Taking this further, whoever predicts the PISSED rating of Hero's Quest will get 10 CAPs plus a copy of Indiana Jones and the Last Crusade from Steam, and so on.

Quest for Glory 1 to 5 for free! - I think I might even make a prediction myself! ;)

While Lars-Erik has not suggested he wants anything in return for this incredible offer, I'll be giving him 20 CAPs for every game he gifts. We've agreed that this sponsorship will run until I reach the end of 1989, and we'll take a view at that stage as to how we proceed from there. Please join me in thanking Lars-Erik!

Speaking of celebrations, I thought I would share some of the celebratory beverages that were raised when the blog reached 100000 views a couple of weeks ago. Thanks to everyone that participated, and I'm going to keep telling myself that your toasts had more to do with your enjoyment of the blog than the CAPs I offered in return. Cheers! 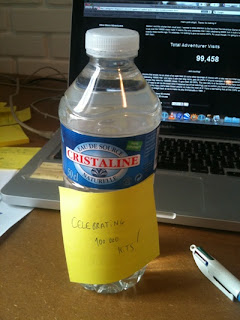 Alfred n the Fettuc was among the more health conscious drinkers 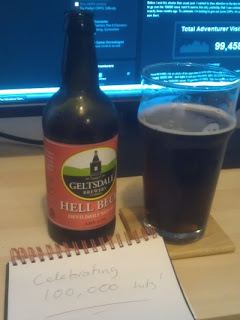 Andy Panthro joined in with one of the better named beers out there. Hell Beck! 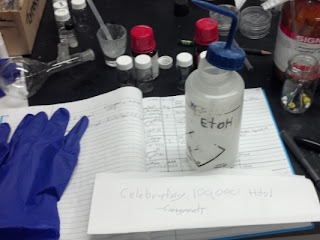 My personal favourite entry was Canageek's laboratory ethonol. I assume you didn't drink that! 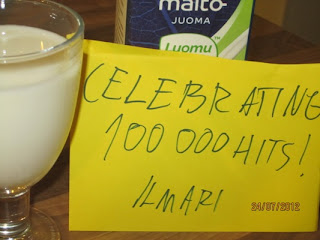 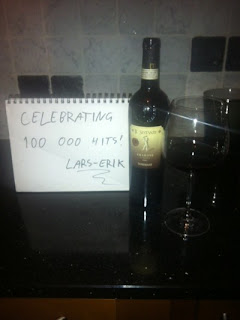 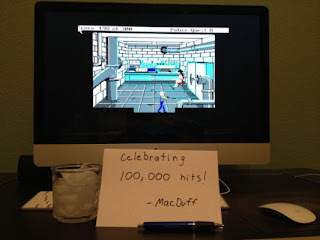 Ever the professional, MacDuff drank only water while tracking down Jessie Bains 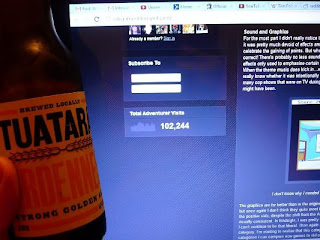 Tk surprised me with Tuatara brew from New Zealand 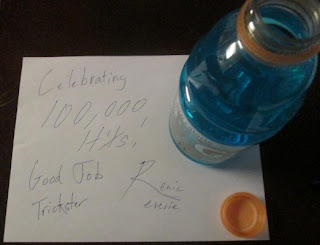 Zenic Reverie joined in the celebration, but went for a sports drink due to being a bit under the weather

I'll have to think about how we celebrate the next milestone, which I think will be held at the 250,000 view mark. In the meantime, it's time to move on to Zak McKracken and the Alien Mindbenders!﻿
Posted by The Trickster at 15:41