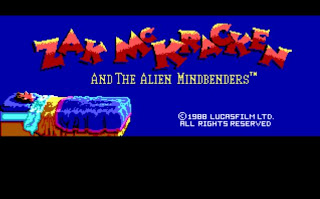 Zak McKracken and the Alien Mindbenders is the second game to utilise the SCUMM engine, with the first being Maniac Mansion. It was initially released in October 1988 on both PC and Commodore 64, but was later ported to the Amiga and Atari ST. While Maniac Mansion’s designers, Ron Gilbert and Gary Winnick, had some involvement in Zak McKracken (Gilbert with design and technical support and Winnick with graphics), the project was predominately led by a guy named David Fox. Fox had been a SCUMM scripter on Maniac Mansion, and given how complicated that task turned out to be (due to multiple characters and puzzle solutions), he’d gained enough skills to design his own game. 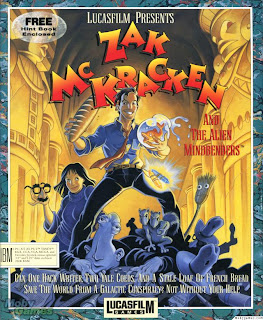 Awesome cover that pretty much sums up the genre. A hero holding a loaf of bread and a fishbowl!

The project was co-designed and co-programmed by Matthew Kane, but strangely that name doesn’t appear on any other LucasArts games. Other notable employees involved in the project were Martin Cameron and Mark J. Ferrari (graphics / artwork) and David Hayes and David Warhol (music / sound). All of those four names would be associated with future LucasArts classics such as The Secret of Monkey Island, Loom and Indiana Jones and the Fate of Atlantis. It’s worth noting that, just like Maniac Mansion, an enhanced version of Zak McKracken for PC was released a few months after the original. The only differences between versions one and two appear to be graphical, with an increased resolution and the use of bitmaps making the enhanced version look significantly better, without changing the gameplay at all. 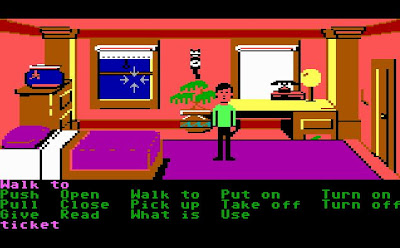 Also similarly to Maniac Mansion, players of Zak McKracken are required to control multiple characters to achieve their goals. Set in 1997, the story revolves around Francis Zachary McKracken, a writer for the National Inquisitor, who along with Annie Larris (a freelance scientist), Melissa China and Leslie Bennett (both Yale University students), must attempt to foil some sort of alien infiltration. It appears the aliens have built a stupidity machine, and are using it to lower the intelligence of the human race. Fox was heavily inspired by popular alien theories, and the game visits many of the hotspots that come up while musing about alien visitations and mysterious civilizations. These include Egypt, Mexico, Stonehenge, Atlantis and Mars. In fact, Fox consulted with a spiritual writer (aka pseudo-scientist) named David Spangler while coming up with the games’ themes. It was originally going to be a much more serious-toned game before Gilbert and Kane recommended Fox inject more humour. 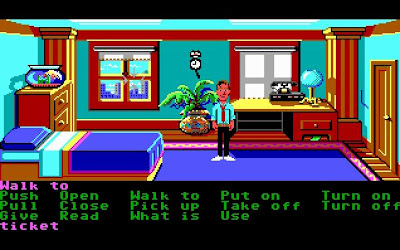 Zak McKracken Version 2: It's amazing what you can do with 16 colors if you try!

I had no issues finding a playable version of Zak McKracken, but it wasn’t particularly easy to track down a non-enhanced version. Eventually I found one, so I can now compare the original to the enhanced. That being said, there have been quite a few readers suggesting that version 2 came out so soon after the original that it really could be considered the definitive release. It does appear to have been released in early 1989, but since version 1 only came out in October 1988, I’m thinking it wouldn’t be unfair of me to play the enhanced version. Unless anyone thinks comparing the enhanced version of Zak McKracken to games created in 1988 is unfair, I’ll focus on the enhanced version and check the original as a reference point. I’ve found a PDF manual of the game on Replacement Docs, and I’ve even come across a copy of the National Inquisitor that came with the original game. I’m giving rotgrub 10 CAPs for letting me know about that, as I wouldn’t have found it otherwise. Enough talk…I’ve got to save Earth from otherwise inevitable stupidity! 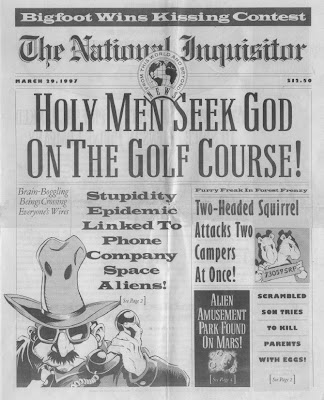 LucasArts took a leaf out of Tass Times in Tonetown

Note Regarding Spoilers and Companion Assist Points: I've recently written a set of rules regarding spoilers and companion assist points. Please read it here before making any comments that could be considered a spoiler in any way. The short of it is that no points will be given for hints or spoilers given in advance of me requiring one. As this is an introduction post, it's an opportunity for readers to bet 10 points (only if they already have them) that I won't be able to solve a puzzle unassisted (see below for an example). If you get it right I will reward you with 20 points in return! It's also your chance to predict what the final rating will be for the game. Multiple readers can predict the same score, but will be rewarded a decreasing amount of points if it turns out to be correct.

Extra Note: This is also the first game for which Lars-Erik will gift the next readily available game on the list to the reader that correctly predicts what score I will give the game. So, if you predict the right score (or are closest), you will get 10 CAPs and a copy of the Quest for Glory collection from GOG! Good luck! 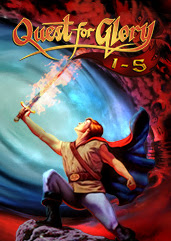 Up for Grabs! Get your predictions in!

Extra Extra Note: I was going to wait until I got to the first 1989 game, but I think it makes sense to start now. From now on I am going to give myself the ability to add or subtract 1 PISSED rating point from the final score if I feel it has turned out a little high or low. I would only do this if I feel a game has been harshly judged by the system or on the flipside if it has come out better than it probably should have. I absolutely promise you all that I will not use this as a way to purposely align my score with a particularly readers' prediction (I have no reason to do this). It also means that more final rating scores are possible, as the current system means only certain outcomes are available.﻿
Posted by The Trickster at 17:24

Email ThisBlogThis!Share to TwitterShare to FacebookShare to Pinterest
Labels: 1988, Introduction, Zak McKracken and the Alien Mindbenders