My four-year old kid had a revelatory moment the other day:

“You know dad, teddies are not really bears.”
“Of course they are! Why would you think otherwise?”, I answered.
“Teddies are nice and friendly, but bears growl and eat people.”

Apart from the people-eating part (most bears sustain themselves usually on plant-based food, although they might on occasion devour ants, small mammals or even deer) the remark was pretty apt - if you’d call the king of the forest to your home for a dinner, it’d do a lot more damage than just eat all your honey and get stuck on your front door. I am sure plenty of you already know how the child-friendly version of this proud beast or teddy came about, but let’s tell it one more time. 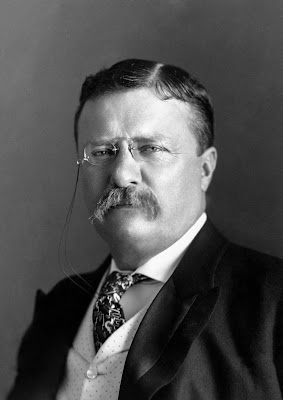 The story begins with the 26th president of USA, Theodore Roosevelt. For quite a long time, he has been thought as one of the more heroic presidents, with such achievements under his belt as battle against trust titans, construction of Panama Canal and Nobel Peace Price won for brokering peace treaty between Japan and Russia. Due to this appreciation, Roosevelt was one of the four presidents who earned the privilege of having their face carved on Mount Rushmore. 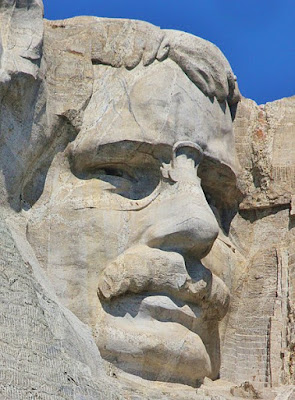 As times have progressed and some of the things considered normal and acceptable in his own time have become disreputable, Roosevelt has lost some of his heroic status. After all, his foreign policy was quite imperialistic and his policies and writings betray the disturbing notion of Westerners civilizing the world by conquering it from savages.

Roosevelt’s attitude toward environmental issues seems also a bit contradictory these days. One has to simply applaud his conservational politics and founding of national parks. Then again, his recurring hunting trips are a different story. Don’t get me wrong, I agree hunting as such can be done responsibly, and Roosevelt’s love of wild nature does tell that he was of the more responsible sort of hunters, at least by the standards of his own time. Still, I really have to ask whether Roosevelt truly had to make safaris to Africa and kill five of the almost extinct species of white Rhinoceros, just to get a few specimens to Smithsonian Museum.

Roosevelt’s hunting trips in America seem also a bit extravagant from a modern perspective. At one trip he shot, with the help of two companions, three bears, six deer, one wild turkey, twelve squirrels, one duck, one opossum, and one wildcat. The three gentlemen ate everything else, but the wild cat - I am sure they had some digestive problems after that amount of meat.

Roosevelt’s most famous hunting trip took place in November of 1902. The official reason for the trip was that the governors of Missisippi and Lousiana had asked the president to arbitrate their dispute about the whereabouts of the boundary between the two states. Roosevelt had decided to combine this tour of the boundary with a hunt of a black bear. Roosevelt failed to kill a bear, although all his companions had. These companions were of the nice sort and didn’t want to disappoint Roosevelt. So, they chased a bear with dogs, clubbed it and tied it up, and then gave the president a chance to shoot the poor thing (being nice to a president does not mean being nice to animals). Roosevelt announced that such a kill would be utterly unsportsmanlike. Of course, this did not mean that the bear would have been let free. Instead, Roosevelt deemed that the animal should just be released from its misery by the other hunters (talk about sportsmanship).It was apparently a quiet autumn, since newspapers throughout the USA thought the incident to be worth an article. Political cartoonist Clifford Berryman even drew a satirical image of it. The image was especially important because of its depiction of the bear. While the true story was about an adult bear, Berryman drew a cute baby bear, perhaps to underline its innocence.Berryman’s cartoon inspired two Russian Jewish immigrants, Rose and Morris Michtom, to make a likeness of a baby bear. They sent this bear doll to Roosevelt as a gift and asked whether they could sell similar dolls and call them Teddy’s bears, Teddy being the affectionate nickname of the Roosevelt. Roosevelt agreed, although was somewhat skeptical that anyone would buy the thing just for the sake of his name.

Since Michtom’s days, teddy bears have become a staple in children’s entertainment. Whether it’s Baloo, Winnie the Pooh or Yogi, they all share the same characteristics, being jovial, carefree, harmless and always hungry. They are definitely on the side of the good guys and are sometimes even heroes.It’s just to be expected that teddy bears would also show up in children’s computer games. Somewhat surprisingly, I had real difficulties to come up with any examples of teddy bear game protagonists, especially such that weren’t based on works in other media. Even Fatty Bear, the hero of Fatty Bear’s Birthday Surprise, the second adventure game from Humongous Entertainment, didn’t really get a second chance, appearing after this only in few minigame collections and in cameo roles in other Humongous games.

Although Fatty Bear’s only adventure game seems then just an unremarkable side note, it has had great impact on at least one person. It was the first and most played adventure game for Canageek, a notable commenter in the early days of TAG. Indeed, Canageek’s infamous quest for CAPs was mostly done in order to force Trickster play Fatty Bear’s Birthday Surprise. Since I seem to have become the semi-official Humongous expert for TAG, it is my pleasure to accept the duty of fulfilling Canageek’s highest hope - I hope you manage to read this post some day, old friend!
Fatty Bear’s Birthday Surprise will be the game played in 2020 as the Final Week of the Year Game - be sure to make your score guess quickly, then, since the next post will appear in a couple of days. Unlike Putt-Putt Joins the Parade, this is a game I have played before, and although I don’t remember the details, I know it will be a short one. Also, while anthropomorphous cars cross the line to uncanny valley in my eyes, teddy bears I’ve always found a very soothing experience. Let’s see, if this is enough to beat the score of the previous Humongous game (45)!
Posted by Ilmari Jauhiainen at 00:00