I considered saving my take on this game as an April's Fool post. I would have pulled a trick on you readers and published my previous Adrian Mole -post second time, with just some necessary modifications. It would have been a faithful reflection of my own feeling of dejavu, after playing this game, and reading the book the game is based upon, and watching the TV series based upon the same book.

To start with the book - well, it’s a bit of rehash. Sure, the historical events have progressed somewhat - instead of Charles and Diana wedding, it’s all about Falkland wars - but otherwise, nothing of real relevance in the main character dynamics has changed. Adrian is still in love with Pandora, manages to bungle their relationship and then in a couple of pages they are back together. The Mole family is again in a shambles, because the escapades of Mr. and Mrs. Mole in the previous book result in birth of two babies with uncertain parentage. This time the roles are reversed - it is Adrian’s dad who moves away, while his mother has to be the single parent with insufficient economic means.

Adrian is again an insufferable person, and his constant moaning for sex is just pathetic - especially as his main motive is his spotty back, which would, he assumes, greatly benefit from a proper release of hormones. The most cringeworthy episode in Adrian’s life is the last, which coincidentally is also the most original. It all begins rather innocently, when Adrian writes a poem on the wall of school bathroom, is immediately recognised as the author and suspended from the school. During his suspension, he starts to spend time with the local gang - because he thinks it is a good expression of his existential nihilism. Pandora doesn’t like this turn of events and leaves him (booooring) - and Adrian decides to run away and see the world. When he eventually returns home, he is apparently taken over by depression, although you are never sure whether Adrian is really disturbed or whether this is just another attempt to follow existential nihilism to its final conclusion.

Once again, the TV series manages to make the best of what the book has to offer, and the only criticism I can think of is that in the first few episodes the camera occasionally pans disturbingly close to the cleavage of young actresses - I get it that they are trying to show Adrian’s hormone-induced mindset, but these are minors we are talking about. Despite these leering shots, it is incredible that the TV Adrian is actually quite a likable character. Just take the final episode I just described. It is quite clear in the series that Adrian is truly disturbed by everything that has been happening around him, and while the words of the book Adrian seem just oblivious about all the surrounding family drama, the acting of TV Adrian reveals his tender mindset.

And it’s not just drama. The series manages to make throwaway lines of the book into brilliant comedy. The fight of Mrs. Mole with the British bureaucracy in her quest to get social security is a specially delightful scene.


Once again, the game, produced by Level 9 and published by Mosaic Publishing, manages to be the most worthless of all the incarnations of the story. There’s really not that much to tell about it, since it’s again a retelling of the book in a Choose Your Story -format, and the only major difference from the previous gaming experience was that this time my copy of the game wasn’t faulty and I could see all the four sections. Onward to PISSED-rating!

The puzzles, if one can really use the word here, are again nothing but simple CYOAs. A particular problem is that it is usually way too easy to pick the correct answer - just try to be as helpful and considerate as possible. The few times the choice is not obvious, it happens to be obtuse.

As far as I see, interface has changed in no way from the simple 1, 2, 3 of the first Adrian Mole. I didn’t like the interface then, because of its overt simplicity, and my feelings haven’t changed.

When reading the second book of Adrian Mole series, I noticed that Level 9 had borrowed some events from it to their first game, which just adds up to the feeling of first game being a mess of not so well connected events. The second game, I feel, follows the chronology of the second book more faithfully, which at least adds some kind of coherence to proceedings.

Although the coherence of the plot might raise the score, the unoriginality surely lowers it. While in the first game the additions to the material from the books were farcical, here they are mainly humdrum.

I congratulated the previous Adrian Mole game for being a bit more creative than a regular Level 9 game in describing more the current theme than just any room. In principle the same thing could be said of this game, but somehow I felt that the dog motive in each picture is just droll.

The main fault of the game is that you get higher scores by keeping Adrian away from troubles, while the charm of the original - and even more of the TV series - is that Adrian runs into troubles, no matter how intelligent he imagines himself to be. The outcome of this design choice is that while you seemingly do better in guiding Adrian through life, there’s no interesting results to be expected storywise. Of course, this is quite realistic - a childhood with just school work and no silly escapades is not bestseller material - but you’d expect something else from a game trying to entertain the player.

I really don’t know what I should add to what I said about the previous game, so I’ll just bow to the inevitable and quote myself: “Considering that lot of the game’s text has been taken directly from Sue Townsend, it cannot be that awful. Then again, I cannot give very high credit for copying someone else’s witticism, especially as the text provided by Level 9 doesn’t compare well with the text from book.” 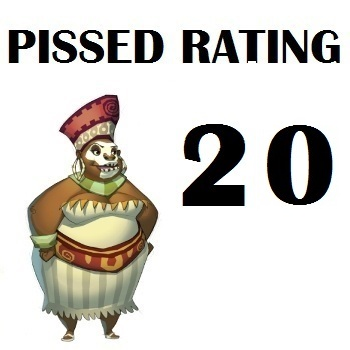 Well, it was a new low for Level 9. Fortunately for myself, I’ve heard that from this point onward Level 9 games changed radically for the better.
Posted by Ilmari Jauhiainen at 23:00