My fine fellow adventurers! I have today with me two guest stars, you have all learned to love in the previous weeks. Please say welcome to Avery Zedd and his trusted companion, Wattson, from the instant unhit and none-seller, Free AC!

Avery and Wattson are here to help me decide the score for the game they starred in. Many of you have guessed that Free D.C.! will be one of the worst games of the year. I have a hunch you were right, since playing this game felt like… hmmm, how should I describe it?

But enough small talk, let’s begin with the game!

Puzzles.... were there actually any puzzles?

Avery wasn’t any help, so I’ll have to do this myself. Let’s see, there was one quest: find the five Detectron parts. Three of them required nothing else but speaking to right persons at the right time, while finding the one hidden in jungle happened just by pure luck. That leaves only one piece with something more complex to do - you had to find the correct weapon to fend off the Cones in the Natural Museum. After that single quest, everything happened almost automatically. Even if the game was sold as not being very puzzle oriented, I must say I am not very impressed!

This is perhaps the best point to mention the game’s inane use of firearms. I am usually very much against all action minigames in adventure games, but Free D.C! manages to be extra annoying in that shooting the robots is either impossible (if you don’t have the right weapon) or insanely easy (if you have the right weapon). If you are making a minigame, why would you want to make it a complete waste of time? (Yeah, I know, it adds for playing hours).

Interface wasn’t much to talk about. There were three different activities, and even most of them were usually of no use - and when they were, it was far from obvious that you could use them. Inventory consisted of a variety of guns, with pretty pictures and a name, but nothing else. I especially missed the ability to LOOK anything - either the scenery or the inventory items. It just felt silly that Avery, a private eye, failed to have any powers of observation.


Yes, bugs. Overall, the game flowed smoothly, but sometimes weird things happened. Interface might lose some crucial button, Avery would lose Wattson somewhere and stuff like that, which usually required a reload. Such things occurred often enough that I am going to reduce some points for it.

So Avery, what did you like about the story?

To start with positives, the premise had some potential - we could have learned more about why robots imprisoned and froze humans and about the fates and destinies of the last humans alive. But for a game that was advertised as being full of stories, the result was disappointing. All we got was one-liners and repetitive encounters with few cardboard characters.

Suffice to say, story really wen’t nowhere. The only plot development was the romance between Avery and Johnnie, which wasn’t quite believable.

Alternative endings are always a positive, but here they were rather lackluster. One ending was straightforward: Avery kills bad robots and everyone is happy. Another was a bit more varied: Avery tries to deal with the Interface, who reverts his brain all the way to childhood and it is up to Johnnie to kill the interface. It is best not to even mention the third ending. All in all, the alternative endings were so diverse in their tones and plot resolutions that they just manage to highlight the non-essentiality of the whole plot - you could attach any old ending to the game without a difference.

I don’t really know whether claymation added anything, but the game sure does look nice. I really appreciated the pictures of all the great sights of D.C., which looked quite realistic. The character animation was decent enough and the faces showed some intricate facial expressions, especially with Avery - different emotions, like irritation and amusement, were clearly readable on his face. All in all, I felt mostly positive about the way game looked.

Sounds were more of a mixed variety. There were few tunes that were played at appropriate places - there was one that started whenever a hostile robot approached that I heard very often. All in all, not very memorable, which will lower the overall score.

This is a very difficult to category to score. Avery, how did you find your experience in the Zoo?

Avery’s comment sums up the dilemma perfectly. You get all kinds of interesting tidbits about the past and present life in D.C. particularly and in USA generally. You get to learn even whether Jeopardy lasted to 30th century.

Problem is, you never feel these revelations ever matter within the game. In fact, the game world is just so empty and without any content to interact with, and except for the beautiful pictures of the buildings, you never would guess that you are riding through a deserted capital of USA. With different pictures and different trivia in the dialogues, the game could have been just as well called Free Berlin!

With no puzzles to go around and with almost no plot progression to speak of, Free D.C. had to rely on dialogues - and boy there were lot of them.

This is definitely the high point of the game. Avery Zedd and his fellow zoomates might not win a Pulitzer prize for their jokes and ramblings, but their discussions are rich, detailed and work well with their facial expressions. There are some branching dialogues, and even if they don’t usually matter that much for the plot, at least they add to the complexity of the game. The only negative is that voice acting had been done only for few lines for each character - then again, having heard Wattson speak I think this might even have been a blessing. 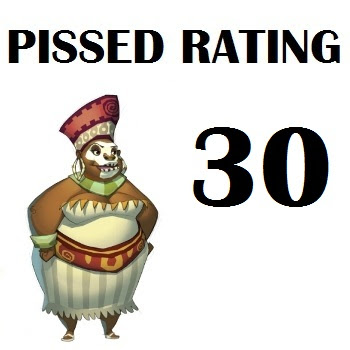 All right, the only thing that’s left is CAP distribution, but before that, let’s give final farewells to our guests, Avery Zedd and Wattson!

Phew, I hope that’s the last we’ll see of them. Well, here are the CAPs!