James Bond's Mission Log #4: I have made some new allies with the local resistance movement and together we stormed the palace of General Manigua. All I can say is that I hope the General had his architect shot after building this place-- it is like a maze! Eventually, I found the General’s office and a hidden safe containing the documents I have been chasing, but I was nearly captured again and had to chase after the documents on jet skis. Naturally, I succeeded and am delivering them to the US government for analysis. Will they reveal the location of the STEALTH plane? Where will I be going next?

Where we left off last week, Julia Manigua and I had just survived being thrown overboard a yacht with rocks strapped to our feet. When we finally broke the surface, there was a boat waiting for us. A rescue? Or another fine mess?

Fortunately for both of us, the boat is a rescue! Our rescuer, a man named Tonia, takes us to a rebel base deep within the jungle and explains the situation. Julia is not the General’s wife, but rather his niece. It also appears as if the General himself is a victim as he is trapped in the palace while Otto pulls the strings. Julia and Tonia are leaders in a resistance movement against Otto and hope to restore democracy.


Rather than just hanging out in the jungle and dying of malaria, my hosts have a plan: we will sneak into the palace and take on Otto. Or maybe they are trying to free General Manigua? Honestly, I do not know what they are doing except that I am going to tag along and use them to get into the palace myself. If Otto has the documents, then that is where I need to be. The President (but really Otto?) will be having a performance at the palace and the three of us will disguise ourselves as performers. That should at least get us by security and through the door-- but what then? I guess we’ll play it by ear.


I suppose Hamlet was beyond the abilities of our resistance movement, because the performance of choice is a magic act. Yes, Toinio-- I mean “Rudolfo”-- is the magician and Julia and I are the lovely assistants. Well, I am lovely and all, but don’t you think the General would recognize his own niece at the performance? And how convenient is it that Tonio also happens to be a professional magician with props and everything? I suppose that could have been his occupation before he became a guerrilla fighter, but it stretches credulity a bit.

We start the performance and Tonio will be doing a disappearing act. Julia and I are each brought on stage to fantastic applause then each of us goes into a large box and disappears. Finally, Tonio makes the whole box disappear. This allows Julia and I to slip into the palace properly undetected-- except Julia is immediately kidnapped and calls out for me to rescue her. Our cover is blown and now not only do I have documents to find, but also a damsel in distress.


As soon as Julia is hauled away, I find myself in a maze minigame. Each level consists of a sequence of interconnected hallways patrolled by guards. If a guard catches you, you die. Somewhere on the level is a blinking key-- grab it and a stairway to the next level opens up. Adding to the strategy is that a number of walls may be rotated, giving you a momentary respite or trapping guards in a walled-off location. The game is not that difficult, but there are four screens and each get progressively harder. While the winning strategy on the first two levels seems to be to trap as many guards as possible in small areas off the path to the key, the latter two require a lot more timing and luck as not all guards can be so isolated. In addition, moving some walls also can cause other walls to move elsewhere in the maze, opening up or closing other avenues for the guards. I probably died at least twenty times clearing the four levels, but eventually I make it through.


I emerge from the maze into an empty hallway with a large door. There does not appear to be anything else to do than walk through the door, so I do and emerge into a nicely furnished office overlooking the sea. There is a bookshelf, a large desk, some chairs. I search the room and discover that pulling on the statue’s arm opens up a hidden safe in the pedestal. I have been waiting to use my safe cracker since the bank vault!


The safe cracking interface is another example of this game being very easy when you know what to do, but very difficult when you have to puzzle through cryptic error messages and poor interface design. The safe has a four-digit combination with arrow buttons to select the next digit and a round button to confirm it and go to the next one or submit the combination. If you get any digits wrong, the safe explodes and game over. When you place the safecracker on the safe, it flashes a set of LEDs as you change the digits in the combination. The combination seems to change every time you reload, so it is difficult at first to figure out what the LEDs mean. My first inclination was to choose digits that had the most LEDs lit, but since the same LEDs flash regardless of what position of digit you are in, that is not helpful. It was not hard to deduce that the LEDs would show the position of the number-- so if the number “1” had the third and fourth LED light up, then the code would be “??11”-- and that turned out to be correct, but after a few explosions I was convinced that solution was “too easy” and looked for another. In fact, I was correct but my problem was the order that you have to do things: after verifying the combination you have to turn off the safecracker, remove it, and then push the round button again. Remove the cracker without turning it off? Boom. Obvious in retrospect, stupidly difficult in the moment. With that little mystery resolved, the safe opens! The envelope that I have been searching for is there, just waiting to be picked up.


I am starting to think that envelope is cursed: I am surrounded by Spyder agents yet again. The next scripted scene is difficult to follow, but someone else comes into the room (the Russians?) and the envelope goes flying out the window and into someone’s (Otto’s?) waiting hands. If someone can explain what just happened, I would appreciate it! I give chase and we both climb down a rope from the balcony down to the beach where a convenient pair of jet skis await. We both jump on board and resume the chase over the water.


Chasing the spy is done using yet another minigame. My target is just in front of me and I have to maneuver the jet ski to avoid some obstacles-- not sure if they are sharks or rocks. If I last long enough without damaging the jet ski too much, I catch up to the bad guy and take back the envelope.


Once I get the envelope, the second round starts. This time, rather than trying to catch an enemy agent, I am fleeing from enemy agents on their own jet skis. This segment was much more difficult than the first and I only survived because I found that if you park your jet ski in the lower-left corner, only one of the enemies is able to reach you. I keep taking damage, but fortunately not enough to end the game. After some period of time, the chase ends and I arrive at a giant submarine climbing out of the water. It is the Americans! I turn over the envelope to the CIA for analysis and await my next orders.


This week was far more a collection of action minigames than an “adventure” game. We have now had four arcade sequences in a row with only a single adventure-game room to play in and no inventory-based puzzles. I am also confused over which spies were doing what. The safe was clearly Otto’s and I recovered the documents from him, but was that the Russians interjecting? Tonio’s liberation army? And what happened with Julia? I was expecting to rescue her, but it seems that she will remain a captive of Spyder for now. (Unless I missed something, but with only one room to explore, I doubt it.)

Note regarding spoilers and Companion Assist Points: There's a set of rules regarding spoilers and companion assist points. Please read it here before making any comments that could be considered a spoiler in any way. The short of it is that no points will be given for hints or spoilers given in advance of me requiring one. Please... try not to spoil any part of the game for me... unless I really obviously need the help... or I specifically request assistance. In this instance, I've not made any requests for assistance. Thanks! 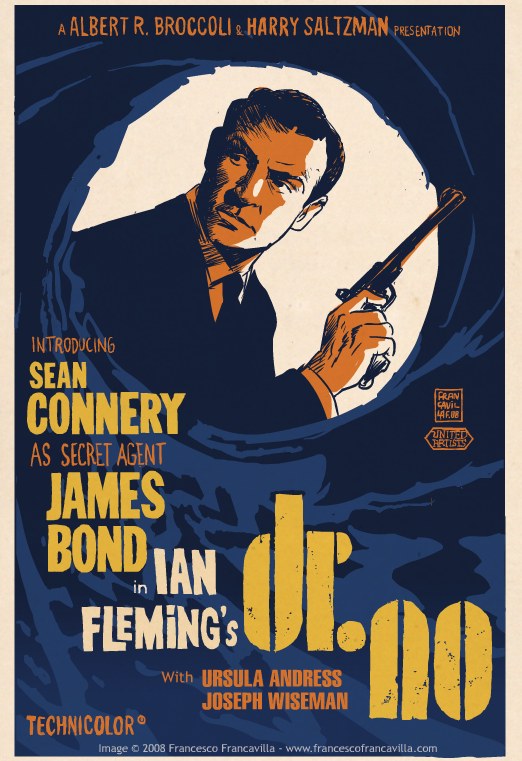 As I indicated in my review post, I am not a James Bond expert - but you might be. As I play through the game each week, please post comments with all of the James Bond trivia and references that I am missing for the portion of the game that I have played. At the end of the postings on "Operation Stealth", I will tally up the unique comments and the contributor that finds the most references will receive a "Dr. No" DVD provided by me (or an Amazon gift card equivalent if shipping or region locking is prohibitive.)
Joe Pranevich blogs about random geekiness at Kniggit.net and about religion at Coat of Many Colors.
Posted by TBD at 23:00