By Ilmari
You know my dislike of anthropomorphic cars. Despite this, I’ve grown to tolerate Putt-Putt and his card friends. And although Putt-Putt games are simple, they still have an undeniable charm. We’ll see how far that goes with PISSED rating.

It’s hard not to repeat oneself, when you are reviewing games that use the same formula. Just like with the first game, I could note that the puzzles are a bit on the obvious side, although that’s just to be expected, when you remember the intended audience. The puzzles in the second game are perhaps a bit more innovative than in the first game - at least I didn’t have to repeatedly go through a boring minigame.
Score: 3.
Interface and Inventory

Humongous Entertainment didn’t try to fix what was working just fine, and indeed, interface is an exact copy of the previous game (well, almost - the gasometer that was of some importance in the first game was now merely decorative). It is a bit too simple to my taste, just like inventory, but again, both are well suited for a children’s game.Score: 6.

I criticised the first game because of its almost complete lack of plot. Although the second Putt-Putt game is still a far cry from Shakespeare - or even Dan Brown - the producers did manage to add at least one plot twist (flap of butterfly wings leading to Putt-Putt’s trip to the Moon). A more substantial improvement is the setting - Moon is more a vibrant place than the bland Car Town.
Score: 4.

Again, there’s not that much difference to the first game, but there are two clear improvements. Firstly, the music is a bit more memorable. A particularly positive point is the title song, which is just perfect for this type of game - it’s catchy and hummable. Secondly, although there’s not huge improvement in the graphics, Moon and its denizens just look a lot more interesting.

Even more than its predecessor, Putt-Putt Goes to the Moon is more than just a regular adventure game. For a small child, it’s a treasure house of humorous animations, slightly educational material and enjoyable minigames. Perfect children’s entertainment!
Score: 8.

It is astounding that the game has only two actors (and frankly said, I guess Scott Burns - a man of many voices - could probably do also Putt-Putt, who is now played by young Jason Ellefson). Acting is thus quite professional, but the dialogue is otherwise pretty unmemorable. 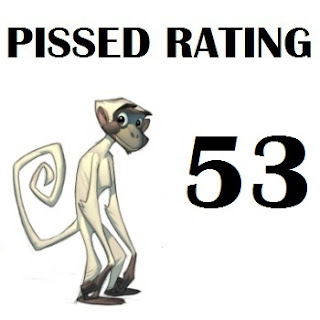 That's eight points over what the first Putt-Putt game got. Impressive and well deserved! Let's see, it was Vetinari who was closest with his guess of 52 - congratulations, you'll receive CAPs as your prize. Indeed, since this was a mainline game, it's time do another...
CAP Distribution
100 CAPs for Ilmari
150 CAPs for Morpheus Kitami
50 CAPs for Joe Pranevich
20 CAPs for Laukku
15 CAPs for Vetinari
15 CAPs for ShaddamIVth
13  CAPs for ATMachine
8 CAPs for Cavalier973
3 CAPs for Leo Velles
3 CAPs for Adam Thornton
3 CAPs for Torbjörn Andersson
Posted by Ilmari Jauhiainen at 00:00