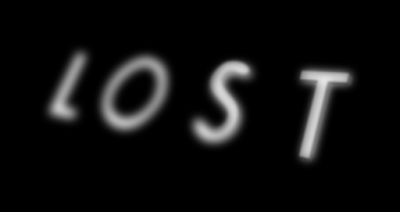 I’ve had enough of this!
What I predicted in the previous post has come to pass - the space flight is really beyond my skills. I do have five lives to try, but if I use up all of them at the beginning of the game, do I have any chance at a later point? The situation is even more dire, because there’s no proper possibility to save the game and I cannot use the time honoured method of save scumming my way through these sequences. Instead, like in Gobliiins, after playing through a certain checkpoint, the game offers a code, which you can then use to continue the game from that checkpoint - in whatever condition you was when you arrived to that checkpoint. I cannot even use any DOS emulator that would allow save states, because the game appears to be rather finicky and not work with any of them.

My strategy has thus been to cheat. I discovered by googling that pressing both SHIFTs and ESC at the same time would skip a space flight scene and move me directly to the next checkpoint (this seems to work only for the space flight scenes). I will try my utmost to complete the rest of the simulator sequences, but I won’t hesitate to use the cheat to get forward. Since I clearly haven’t beaten the game fair and square, I’ll declare this game already Lost, although this won’t be the last post.

The game begins with the story already familiar from the manual. Huayna Capac, one of the last Inca leaders, foresees the destruction of the Inca civilisation in the hands of the Spanish, but he has hidden the ancient knowledge, which will be found by a figure called El Dorado. Then his body is instantly mummified and he turns into a spirit form.

We then cut to five hundred years in the future, when spirit of Huayna Capac, now in the form of golden ball, awakens El Dorado.

Huayna Capac gives me a quick rundown of the situation. Apparently someone else is also trying to find the lost Incan treasure. I’ll reveal now that this someone has henchmen that look like Spanish conquistadors. I really have to ask why the space Incas have waited for so long to retrieve their treasures that the civilisation that destroyed their relatives on Earth has been able to reach similar technological skills. Of course, even more obvious problem is how a spacefaring nation could have been conquered by people with muskets, but let’s not open that can of worms. In any case, Huayna Capac hid a gem capable of controlling time to a nearby planet.

The starting room contained a databank about Inca culture and an interface for playing all the music pieces in the game.

With nothing else to do, I opened the door and entered my space vehicle.

I will probably spend very little time with this interface, but I’ll still go through the details. The top of the screen has a series of green lights, with only one light lit right now. That’s the speedometer. If I don’t constantly press the right mouse button - or if I push something else in between - the velocity of the ship drops pretty much instantly.

Pushing left mouse button fires a shot. I guess the green/red line at the center has something to do with my shooting energy, since when it is redder, I shoot less shots in a minute, and the line eventually turns back to green, if I don’t shoot for a while. The manual tells me that I can change my basic weapon to one of two more massive ones, but these latter weapons have only a limited amount of shots, so I haven’t tested them.
The nine blue balls on the outer ring tell me how many times my spaceship can be shot, before it is destroyed. As I already mentioned, if my spaceship is destroyed, I am transported back to the beginning of the sequence and one of my five lives (hence, the five balls) is erased.

I have to admit that even this first flying session frustrated me immensely. The task was simple. I saw a planet, where I was heading, but it was surrounded by asteroids. I could shoot the stones or try to maneuver my way past them. Considering I didn’t succeed even in what should have been a simple exercise shows my lack of skills in this type of games.

While I might be able to beat the first section, if I practiced enough, I cannot understand how the second section can be won. The manual describes this as a canyon combat, although it looks more like I am flying through the trench of Death Star. The controls are a simplified version of those in previous section. My ship travels with autopilot, but I still have to push the gas pedal myself.

Four enemy ships fly also in the trench - they are the four white dots on the long horizontal line, and if one of them reaches the right end of the line, I lose one life. I’ve found it impossible even to pass one ship, let alone all four. Shooting inevitably reduces my speed, since the game doesn’t react to my pressing the right mouse button, if I am also pushing the left button. Just going full speed ahead is also not a solution, since the enemy ships drop some sort of energy bombs, which also reduce my speed, if my ship hits them - not to mention that they reduce my energy. I have to slow down to shoot these bombs, which gives the enemy ships too much headway.

The next sequence begins with my ship landing on a planet. Finally, some proper adventure gaming awaits me!


The controls of this section are quite simple. My pointer resembles some kind of Inca statue. Moving it to a hotspot brings out its description. Clicking the hotspot might end up with game just saying “No, El Dorado”. If not, then I either do or pick up something. When I pick up an object, my pointer turns into that object. I can then either click something else with the object or put it in my inventory, for instance, by pressing the right mouse button.

I can access my inventory by taking my pointer to the top of the screen. In addition, there I can also ask help from Huayna Capac.

I was standing outside a closed door. Pushing two stones beside the door revealed something.

Shapes in the round disc on the left changed when pressed, and with a shape fitting to the hole on the right the disc could be inserted in it.

I had a red, blue and green gem in my spaceship, and they were evidently meant to be put in the three small holes on the front of the lines. What was the logic behind the order in which to put them? I have no idea, the game just didn’t let me put a gem into a wrong hole.

My reward was a sacred tumi, an Inca knife. I could also now open the door and move into a new sequence.

This has been the most irritating sequence so far. The Spanish enemies are not too bad. There’s always two of them, one hidden behind a pillar on left and another behind a pillar on right. They can be hit only when they come out in the open to shoot you. Since they never both shoot me at the same time (why? I am a sitting duck and there’s two of them), it’s relatively easy to deal with them, especially as their own energy shots can be destroyed by my gun.

What makes this sequence insufferable is the ridiculous “saving” system - or the lack of it - I cannot save after a successful fight. The biggest problem is that the previous checkpoint lies way earlier in the past, at the moment when I first landed on the planet. And this is no space flight sequence, so there’s no possibility to skip the sequence by a cheat code (I did try it…). Since after a lost life you continue from the beginning of the maze, I didn’t bother to start all the way from the previous checkpoint, but continued playing with only four lives left.

Eventually I found a corridor blocked by a bamboo stem held in place by two ropes. I could cut the ropes with my tumi. The bamboo stem had already been cut into two halves, and within it I found a gold coin.

Moving forward, I found a wall with a golden star. Pushing a tile below it revealed two pillars, on which I could place the bamboo halves. Now pushing the golden star turned it into a golden corn statue on a golden basin. After some experimentation I noticed I should use my tumi on the basin, after which I could take the corn. Some liquid started to flow through the bamboos to the basin, while an ancient Inca corpse appeared.

At the place where the golden star had been a round hole had appeared. The gold coin fit in it perfectly, and the wall opened to a new room. The new place contained two columns and a golden panel on the wall. Behind the golden panel, I discovered a gold star, which opened up one of the columns.

Behind the quipu I found a hook, and touching it revealed a greyish star. Taking the grey star to the former place of the gold star revealed a golden ball.

The golden ball (or disc) had a hole, in which the golden corn could be put. This revealed a tablet with four arrows. It took me a while, but I finally had the idea of combining the information from the dead Inca about the order of pressing the arrows with the number of knots in each of the four strands of the quipu.

The next room contained two statues. Pressing a panel on the floor between the statues, made a bluish… structure rise and a…. floating jar appear?

Touching the statues popped out balls (red and blue ones), which combined into a red and a blue egg.

Now clicking the vase poured blue liquid on the eggs, which…

That was the end of my first quest, and my reward was power over time. As I finally received a new save code, I think this is a perfect spot for stopping. I hope the puzzles will improve in the future, since now I have mostly just clicked things randomly on hotspots, just to see whether the game reacts to anything.