Exactly six years ago, Trickster published his first post for TAG. I wasn’t yet there to read it and probably most of you weren’t either. It wasn’t until couple of months later, when I heard about Trickster’s project on CRPG Addict’s place, that I became aware of the new blog. I had been lurking around Addict’s for quite a while, but since I hadn’t really played that many CRPGs I never really had the need to comment on anything. With adventure games it was different, and when I felt Trickster hadn’t been fair to Black Cauldron, I tried to show that the game hadn’t been that bad Trickster had said it was. Ever the gentleman, Trickster took my criticism with dignity and invited me to comment more on the blog. And comment I did.


I wasn’t the only one to drift to TAG from Addict’s, and in a short time a bunch of more or less regular commenters had gathered to cheer Trickster in his efforts to go through the notable bits of adventure game history. Although the basic idea of the blog wasn’t new, you shouldn’t think this was just some pale imitation of Addict’s blog. No, because Trickster achieved something far greater. He built up a community for adventure gamers, with clever innovations like the CAP system, which spurred us all to help Trickster, play along, comment on the games and generally just keep the discussion alive.

When it was time for Trickster to move away to new challenges, I was glad to see the community I had learned to love so much take on the responsibility for carrying the project further. Although at first I took much of the administrative responsibilities, I don’t want to take any primary credit for the renewal, since for me it was from the start a community project. It wouldn’t have been possible to continue the blog without TBD, who bravely volunteered to be a partner in administering the blog and has been a faithful companion ever since, and it wouldn’t have been possible without Joe, who has always been a fountain of creative ideas, like the introduction of Missed Classics and various interviews of game developers, and who eventually became a part of our administrative staff.

Kudos also for our first few reviewers, who kept writing high-quality reviews during the first year, when we were just getting acquainted with the whole community blogging. The blog couldn’t have moved on without the acerbic wit of Aperama and his love-hate relationship with the French adventure gaming. It couldn’t have been same without the gore filled GIFs of Deimar. It would have been a much duller place without the innate sense of humour of Alex and his eternal nemesis, Jim Walls. It would have been a one-sided experience without Reiko and her acquaintance with modern interactive fiction.

And let’s not forget people who guest blogged a few games during that first year: Mad Welshman, who gave us an intriguing, albeit never completed glimpse into Wonderland, Kenny McCormick, with his impeccable taste for creating controversy, and Andy Panthro, a connoisseur of computer and video games in general. Heck, we should also mention the very first guest reviewer of the blog, Zenic Reverie. They all were long-time gaming professionals and the blog was fortunate to get them share their experiences with us. Remember that you are always welcome to do more reviews for TAG, if your personal projects just leave you any time for it!

The current year has brought us a bunch of new reviewers: a longtime commenter from the very beginning of TAG and our token French, Alfred n the Fettuc; a KGB connoisseur from the land of fjords, Torch (no relation to Fantastic Four); and a man who knows Infocom games inside out, Voltgloss. It’s great seeing new blood flowing to TAG, because it makes me certain that when in a hopefully distant future I will finally confront a puzzle too big to solve by human means and end up in an insolvable dead end, the torch of this great blog will be taken forward by new people. 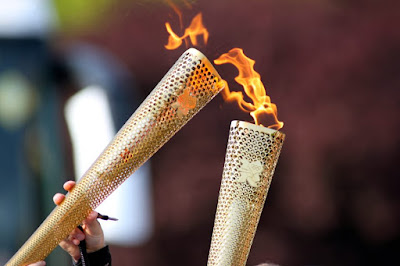 The reason I am so fond of this blog is that I feel we’ve managed to achieve so much. I am not really talking about quantities here - we’ve reviewed thus far 92 official games and 47 Missed Classics, and stuff like that. The things I am speaking about have been happening behind the scenes. Our little reviewer community has gone through a lot. We’ve encouraged one another through hard times in our personal lives, and we have cheered, when one of us has hit some high point of life. We’ve seen people get their PhDs, find new jobs with more responsibilities, move to new homes, breed and raise up new generations of adventure gamers.

We’re also constantly trying to reinvent TAG, and one attempt you can see now before your eyes. There has previously been discussions about changing the colours, and with our new scheme, we are trying to retain some of the classic look of TAG, while still making the text more readable. If you find a post that has a broken image or colors after this redesign, let us know and we'll reward you with CAPs!

In addition, we have separated our past and present Active Reviewers from the CAP leaderboard to their own scoreboard (the more games you've reviewed, the higher you are on the list; Missed Classic are worth half of Main Games). Reviewers will still receive CAPs, of course, but they will be now more in the background and not on display (we thought of renaming CAPs anew as Commenter/Reviewer Assist Points, but the acronym seemed unpalatable). With this renewal, we can bring more of our dear commenters to the leaderboard and hopefully create anew that feeling of the early time of TAG, when getting on that leaderboard was a sign of a diligent commenter.

I’ve spent now a lot of time telling my story about TAG. It would be awesome if everyone of you who has been part of the journey of this blog - as a reviewer, as a commenter or even as a lurker - would be encouraged to reminisce and share their favourite memories about TAG with all of us. We’ve been through six years of this blog, let’s hope it will last at least sixty years more!
Posted by Ilmari Jauhiainen at 10:06