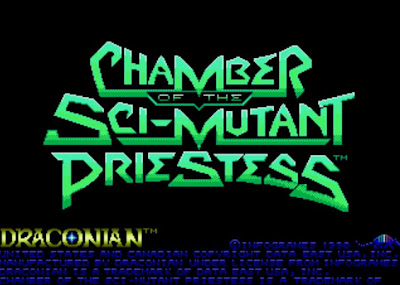 The DOS version doesn't seem to have a title screen, so this is from the Amiga version.

We’ve made it through to 1989 and I’m pretty excited about the year ahead. There are some classic games to come, some of which I’ve played (Hero’s Quest, Space Quest III) and some I really should have but haven’t (Indiana Jones and the Last Crusade, The Colonel’s Bequest). Before I can get to any of those however, there are some lesser known adventures to be had, including Chamber of the Sci-Mutant Priestess. This is a game that didn’t originally make the cut, and was the first one to be added to the list by a reader when Lars-Erik traded in 50 CAPs. I knew very little about the game prior to my intro research, apart from the fact its original (and just as corny) title in Europe was KULT: The Temple of Flying Saucers. 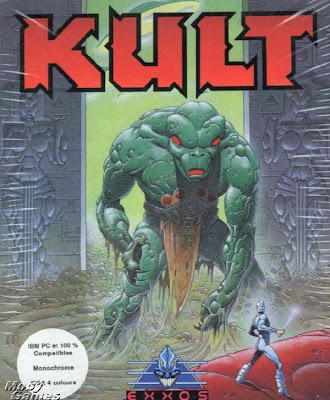 Who the hell has a shrink wrapped copy of this game?

Speaking of research, I’ve learnt something today that has me more than a little bit concerned. Chamber of the Sci-Mutant Priestess was made by the same company that released Captain Blood! I didn’t initially make the connection because I distinctly remembered listing ERE Informatique as the company behind that intriguing yet ultimately baffling creation, but somewhere between Captain Blood and Chamber, Philippe Ulrich decided to make a change. Apparently buoyed by the success of Captain Blood, he came up with the idea of a god named Exxos that was apparently guiding the programmers, designers and artists in creating their games, and subsequently changed the company name to Exxos. Philippe even went as far as holding a ceremony at Studio 102 before members of the press to announce the change. This is what he had to say: 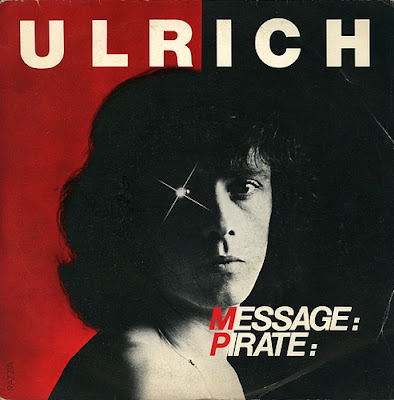 If I'm not mistaken, my research has unveiled a gem! Philippe Ulrich released an album prior to making games!

"Mesdames and Messrs, the decision was not easy, but all the same, we have agreed to reveal to you the secret of our dynamism and the creativity which makes ERE Informatique a success. If there are sensitive people in the room, I ask them to be strong. They have nothing to fear if their vibrations are positive; the telluric forces will save them. My friends, the inspiration does not fall from the sky, the genius is not the fruit of chance. The inspirer and the genius which designed Macadam Bumper, that is not the fabulous Remi Herbulot or the marvellous Michel Rho, the inspirer and the genius which generated Captain Blood, it is not the inextinguishable Didier Bouchon and even less your servant. It is Him! Him who has been in our offices for months! He who comes from outside the Universe! He that we reveal today to the world, because the hour has come! I name Exxos! I ask you to say after me some magic sentences which point out his country to him: ATA ATA hoglo hulu, ATA ATA hoglo hulu." I'll let you decide whether this is genius marketing or just plain insanity! 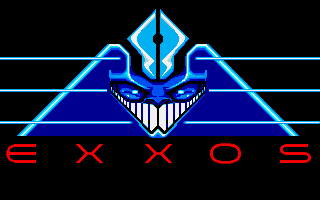 Now you guys will know that I wasn’t a fan of Captain Blood, despite acknowledging how original and interesting it was, so I immediately set off to find out whether the exact same people were behind both Captain Blood and Chamber. It turns out there’s only one man involved in both projects and that’s graphics man Michel Rho. Along with Michel, Chamber of the Sci-Mutant Priestess was designed and written by a guy called Johan Robson (aka Arbeit von Spacekraft), programmed by Patrick Dublanchet, with music by Stéphane Picq. After the demise of Exxos, Johan would go on to make the acclaimed adventure game KGB, which quite a few readers here have listed as a highly intelligent yet challenging experience. All this gave me some hope that I wasn’t necessary about to embark on another Captain Blood like journey. Then I read the manual! 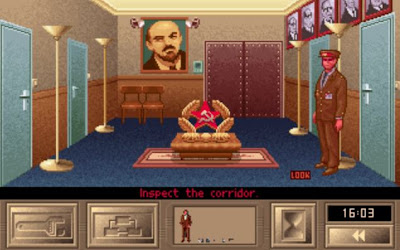 KGB: I believe we were talking about this game a couple of days ago.

To be more precise, it was the Background document that gave me cause for concern. While looking for the original documentation that came with the game, I came across two PDFs, being a typical manual that describes how the game mechanics work and a separate document that gives the game some historical background. I decided to read the background doc first, assuming that having this knowledge would help me make sense of the manual. Seriously, what are these guys smoking? Perhaps it’s merely a translation issue, but no matter how weird the Captain Blood novella was, it’s a masterpiece of literature compared to this! I couldn’t possibly convey the sheer lunacy here, so I highly recommend you all go download it from Replacement Docs and check it out. Here’s a short snippet: 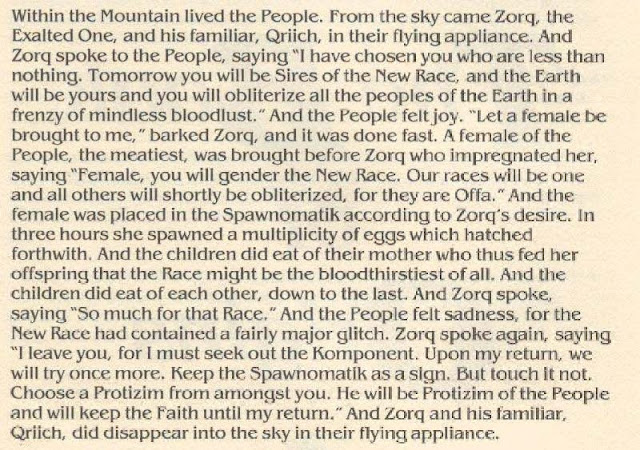 So much for that Race indeed!

For those of you that sensibly ignored my suggestion to read the full background, the idea of the game seems to be that I will be controlling Raven, a Tuner (a mutant with psy-powers) that has purposely got himself caught and been transferred to the temple of the Protozorqs (physical mutants), who hold his girlfriend Sci-Fi as their prisoner, armed with “zapsticks”. It appears I will need to go through five ordeals, although I have no idea how that will help or why the Protozorqs would even give me that opportunity. I’m going to try to go in with an open mind, giving the game the benefit of the doubt despite my apprehension. I assume you’ll be playing along with me Lars-Erik? After all, this is your fault! ;) 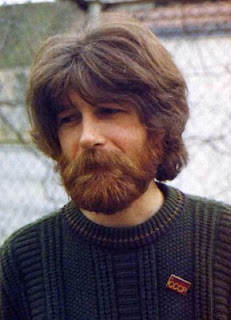 Arbeit von Spacekraft: Probably smoked a lot of pot with Philippe and Didier

The game was released in a couple of different versions, so I should be clear about what I’m going to play. Apparently the European version (KULT) was a CGA game (4 colours) with only PC speaker beeps for sound and no music. The U.S. version (Chamber of the Sci-Mutant Priestess) added EGA support, AdLib music and sound effects, and since both were released in 1989, that’s the one I’ll be playing. During my research I discovered that the DOS version of the game had some significant graphical glitches (white and cyan pixels scattered around the place) that didn’t appear in the Amiga and Atari ST versions, and a modder fan named Sam Jeffreys released a patch around the year 2000. I’ve loaded the patched files, as I assume no-one will have an issue with me playing the game the way it was originally intended. Here we go... 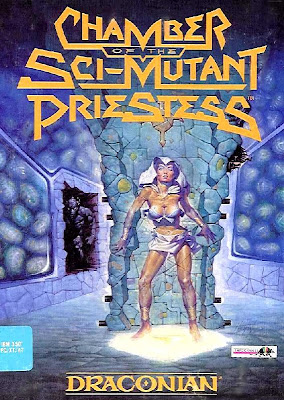 I liked the KULT cover better

Note Regarding Spoilers and Companion Assist Points: I've recently written a set of rules regarding spoilers and companion assist points. Please read it here before making any comments that could be considered a spoiler in any way. The short of it is that no points will be given for hints or spoilers given in advance of me requiring one. As this is an introduction post, it's an opportunity for readers to bet 10 points (only if they already have them) that I won't be able to solve a puzzle unassisted (see below for an example). If you get it right I will reward you with 30 points in return (it's going to keep going up until someone beats me)! It's also your chance to predict what the final rating will be for the game. Multiple readers can predict the same score, but will be rewarded a decreasing amount of points if it turns out to be correct.

Extra Note: Once again, Lars-Erik will gift the next readily available game on the list to the reader that correctly predicts what score I will give this game. So, if you predict the right score (or are closest), you will get 10 CAPs and a copy of the Quest for Glory collection from GOG! Good luck!
Posted by The Trickster at 22:46

Email ThisBlogThis!Share to TwitterShare to FacebookShare to Pinterest
Labels: 1989, Chamber of the Sci-Mutant Priestess, Introduction